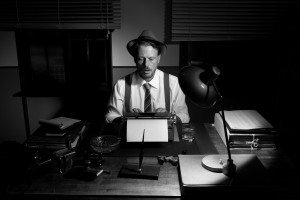 Helping people get the word out. Bringing attention to their passion project.

Telling their story. Clarifying who’d benefit most from hearing it and why.

Envisioning the bigger picture that might be born from taking these first steps. Helping them become confident enough to do any of it.

These are the tasks I find myself pursuing, whether I’m paid to do it or not

Some folks tend to just start impulsively sharing their ideas with me, often in the most unlikely of settings.

Others divulge the thing near and dear to their heart after they’ve gotten to know me.

And some have stories that I simply overhear, or get wind of, and I make the direct move to become a player in their tale.

I’ll explain why this is my reality lower on the page.

Two are books that are written but have yet to be published.

One is a potential brick and mortar gym, whose creation has generated a lot of buzz with the right people, but has yet to throw up its first wall.

My original raving fan, Noelle Pollet, of Heart Circle Consulting, offers a unique service to prisoners, bringing them peace and redemption in a world otherwise filled with hopelessness.

Her Peace Work Tool Kit is also applicable to anyone needing the same results.

Well, a few years ago, she gave me a copy of a children’s book she wrote, “Big Picture: The Old Stone Wall”. (Illustrated by Sarah P. Bentley)

It is one story, told from two perspectives. The two halves are upside down from one another, each starting at the opposite covers of the book.

You finish one, then flip the book over to start the next. (How cool is that?)

The story shows the symbiotic relationship between a family of humans and a family of mice and how their interactions enhance the lives of both.

My neighbor, Joe Zalenski, is a WWII Army Artillery veteran.

He and his wife, Mary, are two of the sweetest people I’ve ever known. A pure joy to experience!

Joe (or Mr.Z as he likes the kids to call him) wrote a simple coloring and song book for kids titled, “How Does It Work? What Does It Do?” (Illustrated by Sharran Fingar)

The book explains the more prevalent experiences in life that a young child is still coming to understand. It also has songs explaining these topics, with accompanying sheet music, so kids can sing along.

One of my newest friends, Mike Romano of Maximum Results Fitness, is a personal trainer who wants to open a true blue, hard core, meat eaters strength and power gym, the sort that used to be everywhere but have faded from existence.

He wants a world where people can train to become champions, not just fit.

I overheard him speaking about it to another guy, while I was lifting nearby.

I jumped into the conversation and stated my desire to have a gym like that too. I added that I’d almost built one myself, as a partner in a company created to address that same need.

This finding myself inside other people’s quests, is a common occurrence for me

And I am glad these people let me into their projects
so that I could do more of the only stuff I care to do:

Inspire others to achieve more, based on what they do best and love most.
Produce their work and share it with the world.

It is a very narrow window, in which I exist

I am the guy that brings excitement–tempered with rationality–to those wondering how, and if, they should make that first big step.

I am also the guy that helps them make their abstract ideas and desires into something tangible and useful to others.

I’m still working out how I want to handle publishing books for people like Noelle and Joe. I have options. Just have to clarify exact needs, permissions, budgets, and aims. Then choose the technologies I have at my disposal and we’re a go.

And the gym is nothing but knowns to me. I had an extensive plan of my own for this, complete with all the necessary infrastructure. No worries about how that might become real.

So planning’s not an issue. That’s actually the easy part of all I offer.

Fortunately for them, all three of these people have overcome the particular hurdle I believe I was built to address.

It’s planted right between the awareness of the idea/impulse/emotion/need/itch, and the creation of the confidence and initial planning that stops most dreams from ever becoming a reality.

It’s a subject that has beat me to death as I’ve attempted to understand and fix it, just to build what you see now.

This one hurdle also gives me the most joy to tear down, to overcome, and help others climb.

Once over this obstacle, they can potentially become part of my larger vision: a production company made of topics I enjoy discussing most, with people I like best as we all strive to make an impact on this world.

Done correctly, we all win.