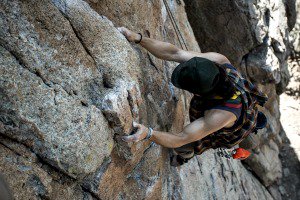 Bipolar disorder tests your mettle as a human being. It takes you to the utmost limits of your psychic endurance. Oftentimes, your physical parameters are maxed out too.

If you are healthy but supporting a sick person, you’d do well to understand the depth of agony it brings into that sufferer’s life.

This is no small thing and you must respect that. You may find yourself adopting a whole new outlook in caring for your loved one. It’s a “know thine enemy” kind of a thing.

Here are some aspects of that enemy:

Stress that cannot be measured

This is how my really active bipolar years started out. I felt stressed. Nothing a toke of weed or a cigarette couldn’t fix in the beginning.

My patience practically bled out before my eyes as I watched.

Every life issue in my world was a now major one to me.

Chances were this was not the case prior to my illness kicking in full force.

The sources were innumerable:

The stuff I’d pull when manic would leave a pile of problems in its wake that I could not repair, causing double stress:

This is just some of what your bipolar friend next to you may be feeling.

We’re good at bottling it all up and cramming it into that little black knot in our guts.

And many times the sick person is incapable of translating his or her feelings and emotions into words the non-afflicted would comprehend.

The symptoms get so weird at times that they are new even to the person feeling them. There is no way they’d ever get those around them to understand.

This then adds mountains of more stress to the heap they’re already carrying.

They are truly alone in this fight and they know it. The isolation is stressful beyond belief. Their own mind is their prison.

These just come with the package. Panic hits in your sleep and you awaken as if in a mortar attack during war time and with just the same amount of fear.

It happens night after night, sometimes more than once each night.

Your sleep is never deep. You fear even going to sleep because you know the panic is waiting for you.

The massive depression that hits a bipolar person also messes up your sleep.

You sleep but your mind is not reaching that REM zone it needs to repair itself. You sleep 10, 12, 14 hours a night or maybe multiple days at a time, only to wake up exhausted.

There is no longer any true relief to be had from a night’s sleep.

Mania alone can keep you up for days.

You don’t feel any need for sleep or not all that much compared to normal. Your mind runs like a car in first gear with the gas pedal to the floor. You mentally eat yourself alive.

Eventually you motor down and if you’re lucky, sleep will be had.

Then again, maybe you slide the other way into depression and start working the other side of the fence as I wrote above.

At the very least, the panic is still lurking nearby. There’s no way to tell. It just comes as it comes.

This then leads to sleep meds.

Most of these are addictive and bring their own set of new malfunctions in the making to the mix. Many times they don’t work.

I went through every OTC and prescribable drug my doc was willing to give me in an attempt to get a good night’s sleep.

Know what happens if you eat too many (because none of them were working, as in my case)?

Psychosis. You and reality part ways.

You’re up and about doing something but nobody’s manning the bridge.

And you’re probably not doing a something that would make you proud in your more lucid state.

I experienced this more than once, as I sleepwalked through portions of my days. I was pretty damn ashamed of what my family told me I’d done later, too.

After a few months of experimentation I never ate sleeping pills again.

But I did find a way out of all this mess. It may seem impossible to you if your life right now matches what mine did then. But believe me. It’s true. I know because I did it. You can too.

The photographer of this post’s featured photo: Tommy Lisbin