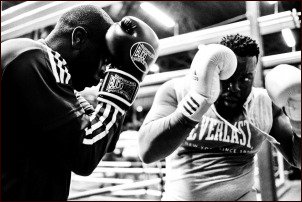 The willingness to win is one part of the champion mindset. The other part is perseverance but I’ll discuss that in another post.

In order for you to succeed at whatever mission you’ve set for yourself, you’ll have to develop an unshakeable belief within yourself that you cannot lose.

The other way to look at it is to believe that you can only win. That would be the better way, actually.

It has to do with the mechanics of the mind.

It’s the part most people are not even aware of. They think the loud part, the part you are aware of and think of as “you”, is the part that’s in charge.

That’s a self-protective fallacy invented by our egos, in order to make us feel safe. Our egos are the tiniest, most ineffective, and confused part of our being. They have no strength except that which we give them.

But you have a power hidden within you that is immeasurable. You are a god walking the earth but probably don’t know it. This power “sleeps” inside your subconscious mind. All you have to do to utilize it, is become aware that it’s there. It’s waiting for you to do so!

Whatever you wish to achieve, you can

Once you accept this truth as real and start focusing on it, I can guarantee you that you will one day have that which you desire most.

This leads into another discussion on being careful about what you wish for. But, later.

Back to your subconscious: it does not comprehend negatives. It can’t comprehend anything, really. It is like a dumb beast that does what it’s told. Not to be disrespectful of this most important part of ourselves but:

It operates on simple topics. Whatever topic it hears repeatedly, is what it will set out to find in your life and make sure you receive plenty of it.

The subconscious only knows about the main thing it’s hearing, as a noun, and will then break its own back in trying to find that thing.

It’s a filter, or a laser. It will block out all that is not “that thing” and it will attract to you nothing BUT “that thing.” Either way, it will bring you what you tell it to bring you.

These things aren’t “happening.” They’re what you wished for, by constantly thinking about a topic and your brain, like a good boy, brought it to you.

If you don’t like what your world looks like, what keeps happening to you, or the bad people who seem to keep showing up, then tell your brain to bring you something else! But do so in awareness of that bullet list above. Reshape HOW you talk to your subconscious.

In this case, tell it to bring you a win as you build your dream online. Then just know that this unstoppable, incredibly powerful, dumb beast will bring you exactly that.

Because it has no choice!

This comes down to training and I can show you a way to train your mind to believe you are nothing less than a champion who gets what he or she rightfully deserves for all your hard work.

The photographer of this post’s featured photo: Johann Walter Bantz