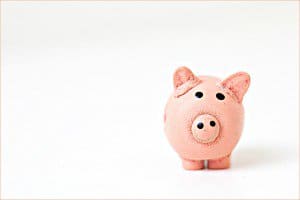 As you travel along the entrepreneurial highway of growth, you will occasionally attempt to force feed at an info diner or two, or you’ll mistakenly end up in a performance garage when you meant to just get some air in your tires.

That was a very meaty metaphor. How about this:

Every now and then, you’ll bite off more than you can chew with a mentor

More than likely, an online mentor or his system.

I’ve done so a handful of times. Took on a course once that just baffled me not quite one-fourth of the way in.

On some others, I made it a third or halfway in before pounding my fists on my desk top as I realized I’d blown another few hundred or thousand dollars on something I couldn’t use.

Mind you, I wasn’t in a position to be losing that money back then. Wouldn’t like it so much now either, for that matter.

You feel stupid and you go hungry. The looks you get from your family and friends are not so soothing either. Not a big fan of any of that.

You have to protect yourself from your own drive and other’s flashy, impassioned marketing

Some of these courses cost thousands.

How would you feel if they had no refund or you missed the limited deadline for a refund and now you have a system you can barely (or not at all) understand and you can’t get your money back?

I know exactly how it feels. Stings a might.

The online marketing gurus are some of the best in the business when it comes to ad copy. Or they hire the best.

Either way, you could end up taking on a learning curve that you cannot make use of in the here and now.

Sit on that thing

There are two saving graces to this event:

On that page, I state clearly that he is not for the faint of heart nor those with a lesser degree of business acumen.

His vocabulary alone separates him from the bulk of society.

He spares no effort in helping you get to a much loftier level of business play but he does so from a higher than normal position of business comprehension.

He is of no use to you if you can’t even make sense of what he’s saying.

But his marketing makes it seem like you could.

Is he deceptive? No. Just a great marketer.

I think he leaves it up to you to read between the lines.

I think his entire attitude suggests excellence and you need to be honest about where you’re at before you begin to play with him.

Well, I bought one of his courses and it changed my life..years later!

I got to the third month of a 13-month program of his before realizing I could not possibly act on what he was teaching.

And I was not even sure what the hell he was talking about, even though I understood the words.

But I paid a LOT of money for that course and they made it clear from the start that there would be NO refunds.

(They weren’t lying. I tried to get my money back but couldn’t.)

So, I tried to dig in but it was truly beyond my capabilities.

In an effort to justify my investment, I read through everything.

Didn’t do anything with it, just read it.

I went through many learning experiences across the next couple years and I came back to that system. Reread the whole thing again. Took weeks.

But now it was making more sense to me.

I knew exactly what he was talking about in certain areas that had been sheer lunacy to me 24 months ago.

I kept picking at certain sections of that system over the following two years and began implementing some of his lessons in real life.

Long and short of it was it helped me land the partner I have now, who’s been a turning point to my entire life.

And it placed me in a position to design and run the online version of another company’s offline services, as a free agent.

I knew the right things to say to both parties to kick off the festivities and I backed what I said I could do.

So, there you have it.

Be careful with what you buy online by way of programs or even coaching.

Just because you’re speaking to the coach does not necessarily mean you are ready or able to use what they’re sharing.

I did that one twice, too.

And there’s another lesson buried within this one

Keep trying. The more mistakes you make, the closer you’re getting to your answer – your truth – faster.

You might waste thousands as I have, but wasting turns into investing simply with the passage of time.

Take those risks but temper the jump with wisdom and foresight.

And if you flub it, just sit on the big box of stuff until you can revisit it as the improved version of the business self you are now.

The photographer of this post’s featured photo: Fabian Blank