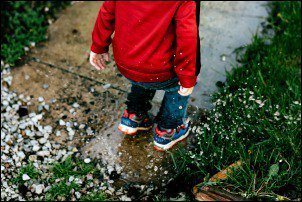 My grandpa’s in my head most days. He died some years back. I have a lot to say in relation to how awesome he was but it would get to be a bit much and it’s not the purpose of this post.

Suffice to say, everyone loved him. He was a naturally happy man. Old school farmer from Minnesota. Believed in being fair, kind, and helpful.

He was a great and understated man. A constant presence of calm within the family no matter what calamity befell us.

His best one, the one that stuck in my head for all time was,

If it feels good, do it.

That was the truth alright, but you had to act on that one with care, as I’d eventually learn in my twenties.

And yes, I really would hear that in my head or tell it to my friend as an adventure would start of the sort I could never tell my kids one day. 😉

However, there was a more practical line he’d throw out just as often:

Wherever you go, there you are.

He’d never elaborate on these things. I don’t suppose he figured he had to, nor do I remember ever asking him to.

These things had a cadence that we respected and completed identically, each and every time. You don’t go questioning that kind of logic.

But just like the “feels good” directive, this one would play in my head for decades to come.

What it’s come to mean to me over time is that things are what they are. You act on what you’re presented with in the best way possible and move on. No sense crying over spilt milk.

Or, whatever the case, no one got you there but you. Now, what are you going to do? Because the answer to that question is all there really is.

Can’t blame someone else if you don’t like the situation you find yourself in, as we all make our own choices.

No one had a gun to your head, forcing you to do anything. Usually, anyhow. But even if they did, you still have a choice of how you’ll react.

The big point here is, you are in charge of each moment of your life as it happens.

Various circumstances can occur that seem to be out of your control, like a hurricane hitting your living room.

But you have a choice in how to react, and some choice you made way back when put you in that living room, so you can’t even blame the hurricane!

In this life, there are two things you can count on and it’s not the cliched items you are probably expecting me to say next.

Your world is literally what you make of it. Whatever you think is real…is! If you want a different life, then create it.

Thinking that anything happens outside of you is a way your mind works to try and help you make sense of your life in a way that protects your ego.

It’s also a cop out – a way to shirk responsibility for fixing whatever dilemma you find yourself in.

You judge everything through the lens of your ego, which is in itself, not real. It’s a construct you’ve developed to make it as far in life as you have up to this point and based on childhood experiences and your various belief systems.

You’re free to change any of it whenever you wish! 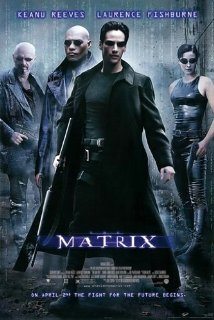 Want a simple example? Think about Joe Pantoliano’s character in “The Matrix.” He was the one who turned traitor.

He sat with the virus agent guys within the Matrix, enjoying an imaginary steak dinner rather than that tasteless gruel he normally ate in the physical world.

He discussed how he knew the whole experience was just a trick being played on his senses but that he didn’t care. He just wanted to experience a great steak dinner.

That way of being in the matrix is how your ego functions. The quicker you realize this, the faster you gain greater and greater amounts of power over life. You’ll be able to enact change in ways that bring you greater happiness.

On the other side of the coin, this realization allows you to let go of what’s not as important as you believe it to be and enjoy life more. You free yourself from yourself.

The whole thing’s a game anyhow. Go visit Bill Harris here on my site and you’ll see more on this topic.

I wonder if this all is what Grandpa meant? Probably. He had immense wisdom cloaked in subtle delivery. Farmers can be like that.

What did your Grandpa (or someone similar to that) teach you? How is the story on this page playing out in your life?

How are you, in your own way, thinking you can’t move forward on the great news, service, or product you have to share with the world?

What do you believe that is keeping you from becoming the next great thing in your niche?

The photographer of this post’s featured photo: Jordan Whitt