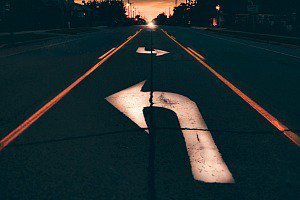 There can come a time when you begin mentoring your mentor.

I honestly haven’t experienced it much. Maybe four or five times and on a local level – small scale.

It wasn’t that they became ineffective teachers. It was more a case of me expanding beyond the scope of their teachings.

It’s an odd thing, because until the actual expansion takes place, you still very much need their help, probably in many areas.

But once the growth happens, you realize they’re just not keeping up.

Mentors can sometimes have a shelf-life

To be clear, it’s not always a matter of them running out of things to teach you, although sometimes it can be.

Their archives weren’t exhausted. You just learned something that took you in a whole new direction.

Whatever they’ve got left to say is now moot. That’s not a bad thing. That’s a great thing. You’ve grown!

It starts as a vague sense of unease or downright frustration. They just don’t seem to be that helpful lately, though not for lack of trying.

You notice you’re finishing their sentences because you’ve already thought ahead to use whatever it is they’re currently suggesting.

They dip into avenues you explored long ago. They keep trying to push you down paths that really don’t interest you.

Or the most annoying: you are bringing resources to their attention that they should have been bringing to you first.

If ever there was a better indicator that it’s time to move on than that, I don’t know what it would be.

If you do reach this point and you’re personally involved with the mentor, you’re going to have to address the matter.

Gotta cowboy or cowgirl up!

Like anything, the longer you let it fester, the bigger of an irritation it will become until it explodes.

Have a sit down and tell them about your concerns and issues. See what they say.

If it’s obvious that you’ve gone as far as you can as a team, then end it gracefully.

Don’t throw away your time, energy, and monetary investment that represents this relationship

You don’t need to be active partners in order for you both to profit from some future venture. You earned this relationship.

Even if it goes totally dormant, the chances of crossing paths again may be high. There may one day be a chance to rekindle too. You never know.

The mentor may be already thinking the same thing and will be glad to get it out in the open and wrap it up.

Or, they may surprise you with fresh insight.

Maybe it’ll be a surprise to them but they won’t be able to ignore your concerns.

And as your mentor, they’ll still be tending to your best interests.

Hard to say how it will ultimately pan out. You won’t know until you have the sit down. But keep it cordial.

Except in the rarest of cases, it’s not a personal issue. It’s business. Some relationships just naturally expire.

The photographer of this post’s featured photo: Yeshi Kangrang