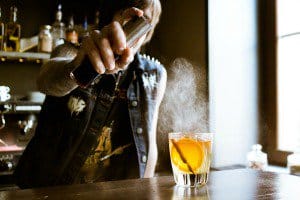 I’ve been kicking around the idea of digging into addiction. It was a massive, and I mean massive, part of my life for decades.

Ever the explorer, I tried to dabble in a little bit of everything.

Depended on my mood and what was available.

Here’s how I was: I remember a young Marine wanting to trip on acid for the first time and he was scared. My friend told him,

Look. This is like Star Wars. I’m Luke Skywalker and Ken’s Obi Wan Kenobi. You’re in good hands as we explore the cosmos!

I didn’t go heavily into how I defeated these demons in my book. Maybe I should have and maybe I’ll do a little re-editing.

The problem is: there is so much to be said on this one part of my life alone that I felt it might overshadow the bipolar part.

I felt it was understood that to get well drugs and drink must go.

Anyone over the age of twelve probably understands this. So for now, I’ll just blog a bit and see what you guys think.

There are so many substances of which I partook, and so many distinct eras in my life that made me want to take them at the time, that it must be broken down into readable bits.

I’ll just pick something and run with it. No particular order of events here. My blog, my pick.

How splendid is this in the early years? Nice high, goofy feelings, packed full of goodwill towards man.

How does this one day lead to being chained to a wall in a Trooper’s barracks (more than once), straining against the cuffs hard enough to cut my wrists, spewing demonic curses and threatening painful death on any cop within reach?

I began during the high school years out of a sense of playfulness, but very soon it was more of an escape, as any drug is.

I really didn’t want to deal with my reality.

This mindset became the norm throughout my drinking years.

I quit at one point (I was 23) and stayed dry for seven years.

When the bipolar kicked in, I started again, full of self loathing and with a shaking hand, as I had that first gin and tonic in seven years.

It tasted fan-fucking-tastic and I felt instantaneously damned to Hell. It’s quite a line to step across throwing away seven years of sobriety.

Well, drinking-related sobriety. I had been smoking weed the entire time since I’d quit drinking, so it was a hollow sobriety at best.

This falling off the wagon (I’ve long since got back on) proved to be a thorny pain in my ass when it came to the counselors, psychologists and psychiatrists that eventually became a regular part of my life.

They all tried valiantly to convince me that this was not a healthy lifestyle choice for me. Thank goodness they pointed this out. I had no idea! (That’s as sardonic as I can put it.)

I was so painfully aware of how bad a move this was on my part that it made me sick(er).

But drinking was the only thing I knew that would just shut down the intensely uncomfortable sensations that bipolar can cause.

So drinking it was.

Now, here’s the problem. Any of you out there with an ounce of sense AND an addiction problem knows full well that stopping would be so much better for you.

It just would be. You know that.

But stopping is about one of the hardest things any human can ever undertake. I know. I’ve had to stop a laundry list of bad habits.

Thank goodness life gets immediately better and easier the moment you quit. (OK. More sardonicism for ya.)

You know you should not punish your body with anything that doesn’t belong.

Or maybe, you are taking your health for granted more than you realize. You haven’t had any major problems related to your health and your habits so you keep plugging away.

Again, been there done that. Rather than go all holier than thou on you, I am only going to address what this means to the bipolar and depressed crowd.

The thing you’re consuming is making your situation worse. Vastly.

I strayed a little there, so I’ll get back to how booze fits in.

The drinkers out there know that booze makes you not care.

Out of all the drugs I’ve done, only booze made me not care as well as it did.

Now, I don’t know if this happens to everyone, or the gods just gifted me, but whenever I drank, towards the end, my switch would go off.

Many of you are familiar with “The Switch.” Jekyll and Hyde time.

I always had the switch but it got amplified at the end.

I would totally lose touch with reality and replace it with a much more evil version, then begin sharing with those around me.

“Victims” I believe is the category those folks now fit into.

Or, I’d pick the one guy in the bar I should have left damn well alone, disclose some personal info about his mother that he wasn’t aware of prior, and he’d hand me my head.

The sick part is that I normally had a predictable window of time in which to prepare for this shift in mentality. No longer.

I believe that to a large degree, my bipolar mind had something to do with this, beyond the normal bad alcoholic happenings.

I’d lost touch with reality plenty of times in the past but this felt different. More sinister.

The next day, the hangover would set in, and now I was even more vulnerable to panic attacks and all the other special feelings bipolar brings out.

It’s vicious. My bipolar, which I drank to make go away the night before, now could hit me even harder and feel even worse because my body was weak and poisoned.

So listen, if you’re trying to drink your way through your symptoms, you gotta stop.

My system makes it an unavoidable side benefit. Do what I teach to crush your bipolar and you’ll gain so much more in the process. It’s not even hard to do it my way.

P.S. Ummm….Two big fat thumbs up for “Hannibal Rising.” And a big toe.

The photographer of this post’s featured photo: Artem Pochepetsky