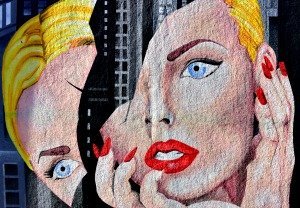 This can be troublesome.

What to do when your two favorite-est mentors are telling you opposing information?

It can really throw your head for a loop.

You value each person’s advice and maybe they’ve both always been right.

Now, you have something important to accomplish and your guys are at loggerheads with one another.

Well, they might know nothing of one another. The war is only experienced by you.

I’ve been in this spot a few times. And this IS going to happen to you.

Mentors are each unique, even within the same field.

So, whip out that notepad. Sit quietly somewhere and begin compiling a list.

Start by writing down the intended goal. Then write down all the pros and cons of doing it the way “Person A” suggests, and again for “Person B”.

Are they saying anything that is sort of similar to what the other guy’s saying? Take note of the spots where they agree.

Write out what you see happening when you follow one or the other’s advice.

This situation is a perpetual fact of life. You’re going to wholeheartedly agree with two different ideas at the same time.

You’re not wrong about anything and neither are either of your two mentors.

Given their individual merits, either plan might be perfect all by itself, regardless of which one you pick.

But you have to act in some way.

So, your job becomes one of sifting, pruning, and merging the two sets of info until you have a sensible working plan.

I do this all the time. It’s not always easy. You may have to lean more heavily toward one plan or the other.

This might fly in the face of your sense of loyalty. Don’t let that hamper the process.

This may take awhile and involve heavy pondering before completion

I was once told polar opposite ways to go by two men who were both deeply vested in my success but not in control of it.

Both were helping me to shape my path and I felt very strongly about both. Neither had ever let me down.

In this case, Plan B had to be enacted.

I did the three steps mentioned above and still remained confused.

I ended up deciding to build two separate entities that allowed me to explore both sides of this equation.

One is me. The others are what I do. You will soon learn of them as all reach completion.

After experimenting with the above scenarios, I ended up folding the ‘other businesses’ info into this same site.

I used what I learned from them to enhance what you’re reading now.

I ended up using Plan A after all.
Sift. Prune. Merge.

How’s that for ironic? 😉

So, I’m sorry this part can’t be made easier.

But power through and you will pop out the other side a changed person.

If nothing else, choose the easiest route

The key is to not stall out. Pick one over the other or combine the best parts of both but keep running.

Too much pondering leads to nothing but more pondering.

Nobody gets paid just to ponder.

Even a philosopher has to create something – produce valuable advice from all that pondering – or he doesn’t eat.

The photographer of this post’s featured photo: Chris Barbalis