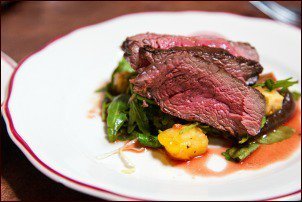 I’m wondering how many of you out there have been fortunate enough to go to an Emergency Room due to panic.

Mood swings will put you there too, but I’d like to focus on panic attacks for a bit.

I have had the special luck in life of both experiencing panic attacks and being the guy who had to help and/or control someone else who was.

I’ll start with me.

My first ER visit was because of panic but at the time it was never diagnosed as such.

And what a spectacular attack it was!

I was ripped straight in half with fear, for no reason I could pin down, and I was totally certain that I was going to go horribly insane, right before my heart exploded in my chest.

Nothing in my life, not even the Gulf War and what happened to me there, scared me even half as bad as this first attack.

I don’t have the words to fully convey the depth of terror I felt.

Long story short, they juiced me with enough tranquilizers to stun a bull elephant and I when I woke up a few hours later, I was back to normal.

In respect to the reason for this blog, I’ll now rehash my second visit to the ER for panic.

It was only two nights later and I was admitted to the same ER. I was riddled with fear and my body’s electrical system seemed to be malfunctioning.

I was experiencing all sorts of sensations I’d never felt before, not even on shrooms or acid or for any reason.

I didn’t know what was wrong with me and that added to the fear.

I was placed in the waiting room and there I sat for three hours before I was seen.

I was grasping on to my sanity with the edges of fingernails alone. I really don’t know how I kept it together that long.

I realized, and was flat out informed, that I was low priority.

I was pissed beyond words, in between bouts of terror and bizarre thoughts and feelings.

Over the years I would visit more ERs and I was always treated as a “we’ll getcha when we getcha” priority.

The only times I was treated right away, were the nights when my violence was out of hand, and I’d been dragged in by cops and held on the bed in a chokehold and with great force applied to my pressure points.

What burned my ass was that on any other night I was panicky, I was only a hair away from becoming that insane individual I’d be on other nights.

My point is, it was avoidable.

Luckily, I kept it together on the other nights but I witnessed others who couldn’t.

Fast forward to my security job.

I maintained safety in the ER specifically.

I was the only guard whose sole job was to keep the violence down in the ER.

I had to restrain many, many people, in ways I’d never want done to me, even though some eventually were.

I learned fast that the people who came in all freaked out but still in some semblance of control, would be just fine if they got their shot for panic.

And most of them wanted that shot.

These shots involve no high, just relief from the fear. So these were not normally drug seekers. Just really, really, really scared people.

I began to argue their case with the doctors and nurses I worked for.

I told them that all we need is a shot and there will be no problem. The staff could return quickly to whatever they felt were more important tasks.

But if they waited on the shot and the poor slob I was guarding escalated, I would then be forced to fight him, restrain him, probably hurt him in the process, and just destroy him mentally–all because the staff felt they weren’t a high enough priority.

I told the staff that that was not fair or humane.

I had no problem with the fighting and restraining. I lived for it back then.

But I only wanted to do that if the person in question had it coming. Not just because they were panicky.

The staff agreed over time, and from then on, whenever I said we needed some “better living through chemistry, stat!” it was done.

I was a great advocate for those like me in the hospital.

Not everyone gets that lucky upon entering an ER. Some of you out there know exactly what I’m talking about.

So a big part of what I do is teach the people in charge what it really means to be bipolar, so that they can better treat us when the time comes.

I sincerely hope I’m pulling that off.

The photographer of this post’s featured photo: Jason Leung