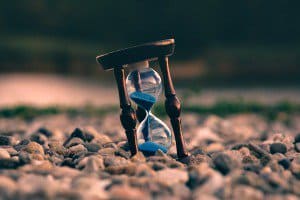 Do you realize that time is the one thing you can never replace and you only have just so much of it?

It is a precious resource and yet many do not treat it that way.

How you spend your time is literally defining your life.

I think it’s safe to say that many people are not happy with how their life is panning out.

So many angles pop into my head regarding this topic. I could do about four separate blogs just on what I said above. I’ll do my best to stay focused.

In a nutshell, if you are not doing with your life what you should, your subconscious will start arguing with you about it.

But it’s not a coherent or obvious argument. It will start as small doubts about little decisions you make here and there.

You will feel slightly uncomfortable or bored during activities you used to enjoy or at least comfortably tolerated.

These are signs that your inner mind is trying hard to get your outer mind to wake up to the fact that you’re wasting your time on something.

Often, it’s just a course adjustment the smarter part of you wishes you to take so that a larger mistake does not happen down the road.

It took me years to intuit that I was wasting my life in jobs I hated, and I mean viciously hated, and wasting my time with people I did not belong with.

They were bringing me down and in some cases, I was bringing them down. Misery loves company.

Now, once I realized that I was wasting my very life doing things I not only didn’t care about but hated with a vengeance, I decided to change my ways, pursue loftier goals.

I did begin to learn very valuable lessons that I use still to this day.

But I basically developed a whole new set of problems, as I tried to fix the current inadequacies in my life.

I was starting new ventures and trying to do new jobs but I was using the same sort of thinking that had got me to where I already was.

And I wasn’t repairing other major problems in my life that needed to change.

So I was trying to take a new path in life but using the old map.

It’s the map that has to change. Your thinking. Your perspectives.

Some of what you believe to be true couldn’t possibly be more wrong.

Not everything, just some things.

But for a guy like me it was most things. I had to completely reinvent myself.

Look at that scenario closely.

You are literally spending the majority of your time wishing your life away while stuck in a task you care nothing for.

You are throwing your life away voluntarily.

For me, this helped firmly cement the mental problems in my mind that would later blossom beautifully into severe bipolar disorder.

I was in a titanic struggle, in which my inner mind was fighting the outer, and it was because I was painfully aware that I was wasting my life away, feeling no satisfaction and having no hope for a truly happy future.

I was coping, badly, through the use of drugs, drink, rationalization and stubbornness.

These tools were not enough to stem the tide of dissatisfaction, and I broke.

Bipolar set in and my mind was under siege.

I fought back with psychotropic medication and lots of it, but over time I realized I was completely ignoring what I felt to be the real problems in my life.

The mental illness was just one more conversation between my subconscious and conscious.

I set about fixing my problems in the wrong ways and developed all new problems.

Later in life, about my mid thirties, I began to see better how my way of thinking was the very thing that was ruining me.

How I thought was causing me to throw my life away, even as I fought so hard to better it.

(See how that was hard for me to stay focused?)

Time usage involves so much. But it is critically important.

The time you spend doing anything, is what becomes your life!

You may not see that, over time, you are spending your most valuable, irreplaceable asset (time!) wrongly.

But once you do see it and take steps to repair your thinking, you will fluff out your remaining time nicely.

The rewards and satisfaction you gain will eventually annihilate any regret you may have over the time you’ve wasted up ’til now.

So don’t start kicking yourself over your mishandling of life once you realize you have, in fact, mishandled it.

Just know there is so much more greatness to come, whatever that may mean for you.

There is no one right way to think.

There’s just the best way to think for you.

You need your own plan.

But you need to know how to think, so that the plan can make itself known to you.

And please be aware, even once you’ve learned how to start thinking better, change will need to happen and there probably will be pain.

Letting go of the old is not something many of us enjoy, even when the old is clearly bad.

But the fight can be won and it is worth it.

How good will your life become as you do this?

But I can guarantee that it will be an improvement over what you currently have and your satisfaction in life will eventually become too large to deny.