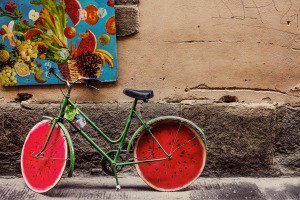 The world needs you and your unique perspective because only you look at things exactly the way you do.

That sounds almost trite but it has hidden power.

Every damn thing that changed the world was based on somebody’s ability to see things differently.

It’s the only way anything gets moved forward. Anything!

And that’s why you matter so much!

There are so many variables that go into developing a human being as to be considered incalculable.

Nobody sees everything exactly as the next guy. It’s impossible.

That means all of us have the potential to change the world.

But can you change the world if you never become the type of person who can advance an idea and begin shaping it into reality? Give it a voice?

Can you do anything with this info if you don’t take responsibility for making it so?

No. Of course not.

You’re going to have to step up in some way.

Your willingness to work, grow, sacrifice and persevere are the costs required to gain a life worth living.

You pay a price but it becomes worth it, by far.

Or you pay the price at the end, when you realize “if only”.

What about the “Regular Joe” end?

Somebody invented the pull tab. Didn’t save lives but made life better for an awful lot of people, nonetheless. So, that mattered too!

All those little things do. The world runs on ’em!

And we’d be in the Stone Age without ’em.

You’re a work of art, shaped by life

We’re all lumps of raw clay in the beginning. Then life puts us on its Potter’s Wheel and starts spinning and molding us.

It’s dizzying, messy and unclear in the beginning. Big mistakes get made and the job must start over.

But eventually, something beautiful begins to take shape.

Life sees something we don’t and begins drawing it out of us. Life also puts its energy in us.

And from life’s attention and efforts, we become something unique.

The differences in us are our experiences. (The nicks, dents, bumps and discolorations.)

They’re displayed as the wisdom we’ve come to know from those experiences. (How we make others feel and the ways we are of use.)

And large or small, we learned something that someone else only wishes they knew.

There’s something rattling around in your head that either

Maybe somebody else DOES have the same idea as you. Maybe you BOTH put it into play.

Well, then comes the fact that you both can still drill down deeper and reach an audience the other one can’t.

I learned that from the mentor who helped me write my book and then turn it into a coaching business, Glenn Dietzel.

Our personalities and foibles automatically categorize us as members of certain groups.

If you have something powerful to share, that group is going to listen to you more than they would if someone from outside the group was saying it.

Could be the exact same message, word for word.

Your guys just won’t hear it, believe it, or act on it unless it comes from you.

Our planet and its increasingly overcrowded societies are facing problems never before seen in history.

The rest of us need you to stand up and be a bigger, louder, more influential version of yourself than you are now.

You need someone else to do the exact same thing to help you solve some problem or another.

We’re all selfish that way.

And you need to be that person in order to have the most fulfilling life possible.

You’re allowed to be selfish that way. 😉

Maybe you knock yourself out but only help one person.

And there’s no telling what actions might spring forth from that guy receiving your help. Possibilities are endless.

But maybe you wish you’d have had a greater impact. Well, that brings part two of my little speech into play:

Matter of fact, it’s your duty to do so with your information.

My point here is not to devalue the benefit of being useful to that one person. Of course that matters!

But to not try and go beyond that first person would be the crime.

That one person verified that you have something of value to offer.

Or, it’s also possible that that particular result was an isolated event and your message is way off.

If you’re having a hard time reaching any more people than that, well, that’s an easy problem to solve.

It now becomes a marketing issue and there are a thousand ways to market better. No worries.

So do all you can and take it to the grandest scale that you are capable of and can comfortably manage when it hits.

Then stretch your comfort zone again.

But that’s another article.

Return to “The Strength Gained From Ownership“

The photographer of this post’s featured photo: Cristina Gottardi