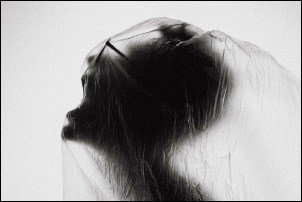 Boy, tonight was sweet, sweet stuff! Just got back from the ER. This is my second ER trip in three weeks. Panic was involved both times but not like you think.

In my book “It Takes Guts To Be Me” I go into detail on the two comas I was in and the fact that my heart stopped numerous times during each.

Both times my heart kept shutting off and they’d restart it.

With that fun fact in mind, consider too, that I have ingested superhuman (hippy?) amounts of alcohol and drugs and various other chemicals over the years.

Working with THAT foundation you can see how any drastic change in my state of health deeply concerns me.

I get a foreboding sense of “Time to pay the Piper”. Sometimes I feel like I’m living on borrowed time.

I really have walked away from more than anyone should have a right to.

Here are the new twists I’ve been up against. This could get existential so we’ll see.

For months I have been having odd pains in my chest. They move around and my research tells me that they could be heart related or not at all.

Over time these pains morphed into the oddest thing.

I felt fear emanating from my heart.

This was my heart itself feeling scared and my mind getting that signal. I can’t make it any plainer.

I literally felt fear coming out of my heart.

That became ER visit one. EKG came back normal. BP was slightly elevated but normal. Blood all normal.

Matter of fact, some kind of overall number related to blood that had been way too low in me on my last test, was now deep into the normal range.

I was suffering from perfect health. Nothing wrong with my heart.

Doctor had no clue what the chest pain was, said it was probably just anxiety based on my history but said my heart was A-OK.

Now, in reading The Da Vinci Method, I learned that over half of the heart is made up of neurons.

Your heart has a brain of its own.

This is science fact! This isn’t crazy bipolar Kenny. The scientists proved it.

So, my heart was in fact scared for some reason.

I won’t argue this with anyone. I know what I felt.

So knowing my heart was OK meant that, for some reason, I was stressing and the old panic was rearing its head somewhat.

Going on just a tad longer than these chest pains and feelings was what I first assumed were night terrors.

I was waking up scared as hell!

I mean like a shotgun blast next to my ear awake! Blam! I’m up, out of bed and on my feet, all freaked out and not knowing why.

Well, as the months have drawn on, I have come to realize what I really have is sleep apnea.

But I don’t know much about it.

Every now and then I wake up with the knowledge that I haven’t actually taken a breath in some time.

I’m starved for oxygen, parts of me are numb and I’m very scared. It sucks.

Well, tonight was the Grand Poo Bah of sleep apneas.

Same process, only the worst ever. It felt like drowning.

I got up on shaky legs, went to the bathroom and tried to walk off the fear, wooziness, and impending panic that was trying to gain a foothold.

I was also hyperventilating and knew I’d have to get that under control or I’d have another set of problems.

During this spell is when the biggest son of a bitchin’ panic attack that I’ve had in almost two years hit.

I was scared shitless that it might overrun me but it didn’t. I was just blown away at the intensity.

It sort of roared right up as close as possible to becoming a runaway attack without actually doing it.

I controlled it. No drugs.

The insane aspect never took root. I wrestled that bitch to the floor.

I have a jar of Lorazepam that I haven’t touched in a long, long time on hand as a safety blanket.

Just knowing it’s there helps sometimes but I never use it. And I didn’t this time either. I really wanted to but I didn’t.

I fight hard to walk my talk. And I was OK within an hour.

I learned at the ER that this sleep apnea can’t kill me directly. I already know my heart’s good.

So I can go to sleep knowing that when it hits again, I’ll be OK after I’ve dealt with it.

I’ll be in a sleep lab shortly. I had an appointment through the VA but they’re so backlogged because of the wars that it wasn’t going to be until September.

FUCK that! I have other options and I’m using them. Forgot I had them.

So I want you all to know I’m not lying when I say I beat bipolarism. I did.

I used to regularly experience all the major symptoms, all day, every day, plus the shitty side effects from the psychotropic drugs.

Now I just have to deal with my stress better, which I always do, and take care of this sleep apnea thing, and I should be in a very good place indeed.

I share this info with you tonight for a couple of reasons.

First, bipolarism is like a hydra. Cut off one head and two more grow back.

I’m sick of fighting this thing but I will keep on fighting. Bet your ass on that.

I am forever grateful to have what I have now mentally compared to the black, poisonous life I lived a couple of years ago.

It’s why you must address your body, mind, and spirit all at once, if you wish to defeat it.

If your only response to this illness is to medicate, it’s like taking time to stamp out the few burning spots on the lawn, while the whole house goes up in flames behind you.

I will continually improve and so will you if this problem plagues you.

Just read my book and you’ll know what I know. And I thank God I learned it and that I still learn more.

The photographer of this post’s featured photo: Cristian Newman