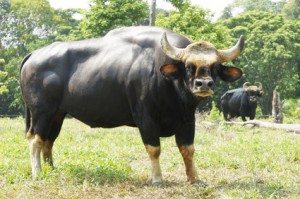 Doing a little battle with prioritization of my strengths.

If I choose wisely, I’ll be as unstoppable as a bull.

If I choose poorly, I’ll still be a bull but with broken legs. Or I’ll “bull” my way violently through a situation that requires delicacy instead.

I’m a bull, either way. But I want to make best use of all that raw power.

Yet again, as is so often the case, it’s becoming clear to me that this boils down to a matter of context.

The answer depends on what I’m doing, when, and why.

The right effort at the right time equals success. The wrong at the wrong equals…more wrong.

Let’s backtrack a bit and you’ll see what I mean.

The journey I’d undertaken for self healing expanded into an entirely new experience, different from all before it, to include:

Then I walked away from it all.

I had to. This way of being was drawing people and situations to me that were serving only to sink my little ship, rather than bouy it up.

I was sinking under the weight of what I’d built.

The situation had become wrong for my evolving needs.

So I began investigating the Art of Reinvention

This began with personality tests, which led me to strengths tests.

There were three that ultimately helped form all you see here:

There is quite a back story to this particular piece of my puzzle. But for now, I am focusing on that earlier battle of prioritization I mentioned at the start.

The Clifton test was an eye opener but at the intro rate at which I’d gained access, there was not much meat to work with for further consideration. This was purely due to my lack of money. I got what I could afford.

Wealth Dynamics was awesome in that they show you your strengths, in relation to a team environment. It’s aimed at entrepreneurs but helpful to anyone. And to be honest, I still owe them the courtesy of actually purchasing their program.

Again, I had no money. So I reverse engineered their system.

I did a Google search and found most of one of their programs posted somewhere on a site that allows for such.

I’d also learned enough from doing tests like this to see the similarities between what they offered and what I’d already learned from other systems.

I combined all that with what I’d gleaned from reading their website and some related postings from them and others to fill in the blanks.

The Marine Corps material was on autopilot in my head. And I only saw what I knew as a system, months after starting this whole strengths search. Yet another eye opener for me, and a solid lesson on the power of perspective.

Once I realized that my Marine thinking was the product of a particular approach, I was able to reformat the lessons to match the approach used by the other systems. Lotta insight gained from this.

That left Kolbe. Kolbe has a test–many, actually, and for very specific aspects–whose outlined results are in depth, to a degree not found in the other systems.

Kolbe set me on my path

The problem arose by trying to decipher how best to use my top two strengths.

The thing I do best is communicate through words. And the best version of me doing that is talking to people.

But writing is a close second.

I love both. And I got caught up in trying to decide what my daily tasks should look like as the Relaunch of Ken took place.

Should I concentrate on public speaking again? Podcasts and interviews? Phone coaching? Seminars?

Or should I (and this greatly appeals to my introverted side) focus primarily on writing and getting my points across in the manner I am right now?

Of course, turns out that it’s a mix of both

Just depends on what I’m doing, when, and why. Pinning my top strength to all I do, at all times, would be stupid.

And a lesson in the overuse of hyperfocus is made clear.

Which brings to bear yet another of many dichotomies found when trying to build your vision into a reality:

One way leads to wishy-washyness. The other leads to missed opportunities.

You’ll hear advice from other pros telling you to go one way or the other, and depending on context they’ll always be correct.

What I’d suggest is to take one of the three non-Marine tests I endorse, then cook.

Hyperfocus for a bit, to see if you can identify any areas of importance that really should get the lion’s share of your attention.

Then pull back and try to get the bird’s eye view to make sure you’re not dropping some other critical spinning plate.

It’s a dance. And it can become a nightmare.

But you will be rewarded if you just put in the time to effectively plan your process around the wisdom revealed in these tests.