Pain is one of the irritants that must go if it’s an issue in your life. That sounds obvious and unnecessary to say but pain is a double-headed thorn in your side.

There is the suffering directly caused by the pain, and there is the stress this suffering places on your already maxed out mental being.

It’s a vicious case of the snake chasing its tail.

There are too many varieties of pain to attempt listing them all here with their possible treatment protocols, so I’m going to describe a few I am familiar with.

During my bipolar years, this pain was excruciating and constant. More pills were added to the massive cocktail I was on for my head and other malfunctioning systems. The new pills offset what all the other pills were doing inside me.

I loved Oxycodone but became addicted almost immediately and went into withdrawal within hours of running out. My doc wouldn’t give me any more and my back was killing me.

Eventually, all pain meds had no effect on me for I was just as resistant to them as I was the head meds.

Most other pain meds had no effect on me, for I was just as resistant to them as I was the head meds.

I was introduced to a strand of non-narcotic meds that actually worked well but I was eating about a dozen a day. I was getting very fed up with pills, especially since nothing seemed to be doing much good.

The thought of being insane AND crippled was too much to bear and my depressions got blacker.

Being bipolar was bad enough. But when my physical health – and the ability to do much of anything physical (to include sex) – was threatened my mood tanked double time.

Then my only source of relief stopped working

I normally received structural chiropractic care, and over the years this always brought me great relief. But something changed in my spine and the treatments became ungodly painful. 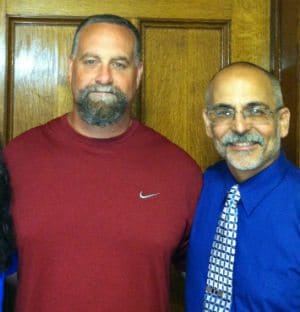 My doc, one of the best, refused to do it to me any longer and suggested (for the hundredth time) that I try Network Spinal Analysis instead.

Demanded, really.
I’d been avoiding this new thing he was offering, as it seemed too “patchouli oil” for my tastes.

But the writing was on the wall.

Just prior to beginning Network Spinal Analysis, we had actually begun to discuss the need for possible surgery, a talk my chiropractor almost never has for any reason. He’d only brought it up because he didn’t think I’d ever try NSA.

NSA seemed to agree with me. Highly! For the first time in 6 months, I felt relief from my murderous back pain.

As my back improved, which it began to do IMMEDIATELY, my mood improved.

As I realized that maybe my back was going to be OK, or at least acceptable, I was cheered.

And off the back of this newfound success, I was able to quit pain meds entirely.

Keep in mind, your entire life flows through your back via your nervous system. Repair it, and your brain has to work better!

Tendonitis hit both my elbows, severely, just after I’d restarted lifting weights, which had just restarted after my back began looking like it could handle the work. My brand new high for life got its guts stomped out almost the moment it came into being.

I had felt the pain beginning but rationalized what it meant and kept training through it. I ended up maxing out my elbow joints as far as one can without actually tearing tendons and ligaments.

Shaking someone’s hand became excruciating, if my hand would even close.

It felt like razor blades flying under the surface of my forearms. It was so bad. I thought I’d torn muscles free from their attachments.

A joint doc checked me out and said I was going to be OK but that it would take almost a year before the arms would work and if I trained smart from there, I’d get full use again.

This was devastating news. But the hope that I’d be all right again, if I trained smart, pushed me forward. Just barely.

So I learned to train smart

The owner of my gym showed me machines I’d never considered using before because I was locked into my methods of training.

These new exercises allowed me to train around my injuries, which allowed me to get fit, keep moving, and bolster my growing self-confidence.

About 14 months later my arms got up to 95%. Now I stay very careful, very watchful to make sure I don’t reinjure them but that’s just smart lifting anyhow.

Then there’s that last batch of hard to address pains

Regarding many other types of pain, you will find that (drum roll, please) Holosync will unearth many stresses and traumas from their resting places within your body.

It is these stored traumas (physical AND psychological) that are a big cause of much of your pain.

Your pain has no true root beyond them. Add the good treatment of your body via healthy eating and exercise to all else I teach, and you’ll find much, if not all, of your pains simply evaporate. They were just stored stress.

Stress is a beast.

If you’ve been nursing an injury, go to a physician and begin researching it. Get X-rays, blood work, see a specialist, whatever is necessary to get your base info about the pain. I still go to a regular doc if I hurt badly enough.

I don’t always do what they tell me from there, but I at least understand my situation better and can rule out possible causes now that I know more. You can do the same.

If medicine is suggested and you feel bad enough to take it, then take it.

But call Truehope first and make sure their EMP+ won’t interfere with the medicine.

EMP+ fills the holes that medicine is patching over. So your dosage of one or the other will need to be lowered or you’ll face potential overmedication.

Go to a good chiropractor if your back is shot. It’s such a common enough ailment that I bet you need one anyway.

Give Spinal Network Analysis a try. It treats far more than your spine.

NSA improves your entire experience of life. It addresses your deeper issues much like Holosync does but accomplishes it via the physical gateway instead of the mental. You’re welcome, in advance!

Eat healthier. Bad food equals inflammation. Inflammation equals pain. Follow my info in steps 6a and 6b and the info laid out by Will Brink, or get your own nutritionist.

You’ll find that improper eating habits may be at the root of MANY problems you’d never have associated with food intake. MANY!

Get proper footwear. If your shoes are not supportive, your feet go bad or your posture is incorrect. Over years, just like braces on teeth, your spine will no longer sit right. This will begin gnawing away at your ankles, knees, pelvis, everything. Unhappy feet equal disastrous skeletal alignment and cause joints to wear out unevenly everywhere.

Stand up straight. Improper posture caused by slouching will bring big pain into your life. Your back will hurt but the slouching will also cause pressure on your internal organs. Your breath, blood flow, digestion, and thinking all get affected for the worse.

As an added benefit, standing up straight makes you feel tall and proud, no matter what your actual height is. You project great health and confidence by having straight shoulders and a chest that is held high. You don’t need to be Arnold for this effect to take place. You don’t need to be a man, either, ladies.

People pick up on your positive image with more than just their eyes.

Drink more water. Dehydration can hit you even if you are only sitting at home. This can cause depression and headaches, among other things, when nothing’s really wrong with you. You’re just thirsty. It can sometimes feel like hunger so you’ll have a snack and a tasty drink, instead of the water you actually need. Now, you’re still dehydrated but you also have material in your stomach that requires MORE water to move through you. Double whammy.

Visit a Pain Clinic if your pain is too severe for now. These folks specialize in getting you the best answer with the least amount of doping drugs. They are about much more than just giving you something for the pain. They’ll help you reshape your life to ease and tolerate the pain better. Add my system to that attack and your pain is going to lose some steam.

Get more sunlight in your day and full spectrum lighting in your home or office.

Living in the dark, only seeing sun through windows, and fluorescent bulbs all cause depression. The sun causes your skin to build Vitamin D, which keeps you naturally happy.

Sunlight is also the only thing that breaks down the buildup of another chemical naturally created in the body, which in itself causes depression.

Guys: Move your wallet from your back pocket to your front.

Ladies: Do the same with your cellphone. Over the years, that little lift you get under one cheek does what braces do to teeth. You become uneven in the spine. This becomes pain one day.

www.SunshineSciences.com
This is where you’ll find sources of full spectrum indoor natural light. 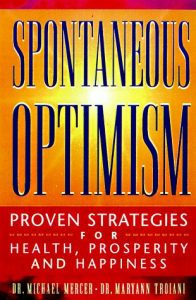 Years ago, I personally spoke with Dr. Maryann Troiani, who was running the company that is now Sunshine Sciences. She doesn’t seem to be a part of that company any more but has done a lot of big work in the mood department elsewhere.

The book linked here is evidence of that. But she was very uplifting to me back then, as I was still trying to sort out the steps of my system. I remember her strongly supporting my vision and telling me it was totally doable and to keep plugging away. I distinctly remember being very happy for having met her.

Vitamin D See why it is so important, which means getting some sun.Being outside in the Sun is not as destructive as we have been led to believe.And depressed people need it even more than most.

Healing with Water A great article on the unknown benefits of staying hydrated. Water’s not a cure all but it goes a long way to preventing you from needing such a thing, if you’d just drink enough of it in a day.

Show Chapters
ITGTLW Home Page
i. Before We Begin
ii. Welcome
iii. The Problems and My Solution
1. Your Actual Guts
2. Friend Fish
3. Wake Up and Calm Down
4. Step Up!
5. Houseclean
6a. You Gonna Eat That?
6b. Walk With Me
7. It’s Cool. Really.
8. Hardware/Software Connection
9. Bend an Ear
10. Friend Pen
Next Step
Return to “It Takes Guts To Live Well System“