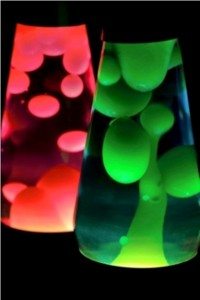 Bipolar Disorder behaves a lot like a lava lamp

I never even thought of it like that until I sat down to write this page but that really covers it.

Just a hot blob, running on too much electricity, rising to peaks as parts of your mind tears away from the rest, sinking to coagulated lows that are hard from which to once again escape, sluggish and burning alive.

So as you can tell, I write about it one way but I feel I’d be doing y’all more justice if I also included the clinical explanations and options. I know I was better able to fight my illness the more I understood it.

Victory only came when I went my way; the holistic route

But maybe you’d prefer, or need, to do it the Western Medicine way.

So this whole series of articles will look at what the medical pros have to say about this disease and I’ll blend in my views. Where you go from there is up to you. I only wish you the best in whatever avenue you pursue.

Let’s start with a simple definition of the thing, which I pulled from the website of the National Institute of Mental Health (NIMH):

Bipolar disorder, also known as manic-depressive illness, is a brain disorder that causes unusual shifts in mood, energy, activity levels, and the ability to carry out day-to-day tasks.

Symptoms of bipolar disorder are severe. They are different from the normal ups and downs that everyone goes through from time to time.

Bipolar disorder symptoms can result in damaged relationships, poor job or school performance, and even suicide. But bipolar disorder can be treated, and people with this illness can lead full and productive lives.

Bipolar disorder often develops in a person’s late teens or early adult years. At least half of all cases start before age 25. Some people have their first symptoms during childhood, while others may develop symptoms late in life.

Bipolar disorder is not easy to spot when it starts. The symptoms may seem like separate problems, not recognized as parts of a larger problem. Some people suffer for years before they are properly diagnosed and treated.

Like diabetes or heart disease, bipolar disorder is a long-term illness that must be carefully managed throughout a person’s life.

I agree with all of that. Except the last sentence. At least not for me.

I do believe one has to remain vigilant and maintain certain wellness habits in order to not let bipolar reappear in one’s life.

But I do not believe it is an all powerful entity with an immortality all its own.

That’s giving it too much credit and yourself, not enough.

Like G.I. Joe always said, “Knowing is half the battle.” He may have only been a cartoon. But he was a smart cartoon!

The following list is what I know about bipolar. I experienced everything inside these articles. Sometimes simultaneously, and sometimes in era-specific spans.

I Fought On All These Fronts And Won! 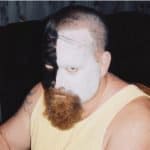 Bipolar looks bad on the outside. But you’d never guess the enormity of its wrongness when seen from the inside. I am not 100% sure how I beat it. But I did.

What Is Bipolar Disorder? My Take On It

The root of all this is very simple. There are many pieces/variables/factors that can go into building a big, fat, steaming pot of bipolar disorder. But there is no need to overcomplicate its treatment by attacking… 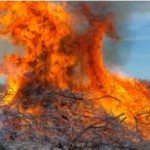 Pure Destruction. That’s Bipolar I. It’s a roaring fire – lots of energy, with a brittle and grey fuel source that has no hopes of escaping the maelstrom. The heat near to it would be too much to stand. 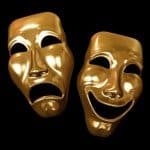 Bipolar 2 is a little easier to bear, but only if you’ve already experienced Type 1. For me, this meant I got to enjoy its lighter assault only in retrospect. 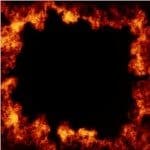 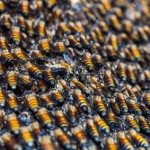 When it comes to bipolar symptoms, I have yet to see a bullet list as exhaustive as my original. I tried to find one at the “pro’s” sites but nothing compared to my own… 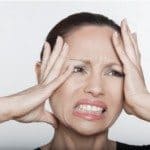 Anxiety symptoms are an integral part of the bipolar person’s world. The frequency, strength, and duration may change but it is all an incredible burden to bear. 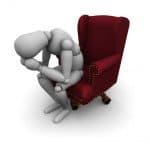 Depression symptoms make up one half of the bipolar disorder pie, as most people understand it. There are other… 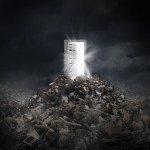 Shedding Light On The Journey
I wanted to make clear all that I’d survived, now that I had some sanity and perspective, and piece together how I got there.

I Do Not Offer Any Treatment Advice

I am not a trained medical professional.

Always seek the advice of a medical professional when dealing with any mental illness.

The bipolar sections of this site contain my experiences, thoughts, and opinions about bipolar.

<— (Click that image to get full access to the free system I developed to beat bipolar using all natural means.)

If your variables are similar to what mine were then my system might help you.

There are professional support staff connected to the two main resources in my system and they are awesome at what they do. They got me through the worst of it. I swear by them.

If you use my system the following is mandatory (to keep you safe):

Do what the professional counselors tell you to do, while keeping your doctor informed of every action. The people I endorse want you to do the same.

Does Your Mind Hurt?

The Trip's Better With Company!
Get The Road Notes Newsletter
SUBSCRIBE NOW!