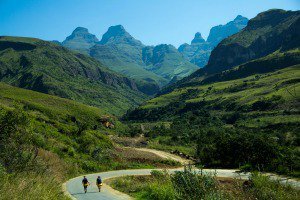 So many powerful topics surrounded what is currently on my mind that I could hardly figure out the subject line!

Mostly, I’m thinking of the gym.

But that automatically leads to the massive self improvement I’ve experienced in all areas of my life.

The gym is simply where the most dramatic turnaround can be easily measured by me.

So get this: today was leg and extremities day. I hit my thighs, soleus (inner calf muscle), forearms and neck. Normally, I love blasting my legs. The adrenaline rush that hits as I endure all that pain and exhaustion is my favorite drug.

But due to age and injuries, I can no longer hammer my legs like I used to.

Knees get chattering somewhat. They chattered a little louder than usual today and I was going extremely light. So I imagine some surgery is in my forecast.

I’ve already had both rebuilt in the past so the work doesn’t bother me. I originally blew them out as a teenager jumping into very shallow water from a very tall height.

My job in the Marines involved hundreds of jumps from a height of eight feet onto concrete for 5 years so.

Other jobs I held tore me up even more. Whatever. I’m paying the price now.

I moved on from legs and ripped into forearms. Here, I’m fighting tendonitis. Some days they work, some days they don’t.

Today, they didn’t. So I quit the whole day, which I rarely do, and finished some important errands in time to get home for a major business call.

Here’s the tie in to the subject line:

Maybe two or three years ago, I’d have kept training and destroyed myself. My enthusiasm was unstoppable.

Now I have the sense of mind to stop.

That is new and a positive growth step for me.

The incompletion of a day, for whatever reason in the past, would have put me in a super foul mood. A depression/rage combo delight.

I would have been disgusted at myself for quitting, as I saw it. I wouldn’t have even been able to acknowledge the fact that I was saving myself from injury.

Today I sort of chuckled and said,

Screw it. I’m done for today.

I chuckled because I was very aware of what my normal reaction would have been and I felt good that it no longer exists within me. I found a sense of peace for the bad days.

Any of you gym rats out there know how bad you can be to yourself on a bad performance day. Another growth step.

I also know that I just had three outstanding days in a row in which I broke about 5 personal best records at age 39.

This made one bad day acceptable and also reminds me that I have more great days than bad.

I have better perspective now that my mind works again.

And let’s not forget my even BEING in the gym. A few years ago I had no money but plenty of stress and depression.

I missed the gym, agonizingly so, but either could not afford it or was too whacked in the head to even consider attempting a day in public on the iron pile.

I couldn’t handle the thought of the public surrounding me and I was not in good health physically anymore to sustain a lift.

Just returning to the pit was an incredible accomplishment for me.

It means, all by itself, that:

Bipolar took away all of these things at one time.

While in the gym, I socialize a tad. Not enough to ruin my lift. But I enjoy people now. That was not so for many years as I fought the Beast.

So I gained friends and I make even more. There are also people who know what I do and want to help me, whom I’ve met only at this place.

See what I mean? I’ve said it before and I’ll say it again:

I only wanted relief from my symptoms when I put my system together.

I had no idea it had worked as well as it did, until others started telling me how drastically I had changed for the better.

And I never had any intention of telling anyone what I learned.

That’s not so any longer. You can experience some version of happiness that appeals to you like the gym does for me.

The photographer of this post’s featured photo: Chris Leggat