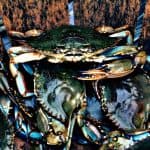 There is only one other major problem to avoid beyond lack of focus and “Shiny Object Syndrome”. And that is staying true to your cause in the face of “The Crab Bucket Syndrome”.

When you have your first epiphany and realize you can have more in this life, do more with this life, and be the person you truly wish to be in this life you’ll then come to learn the meaning of the word “isolation”.

Let’s look at it another way. Take a survey of your five closest friends or the regular group you hang with. You’ll notice that everyone generally makes about the same amount of money.

It’s a matter of “like attracting like”. There is a comfort zone built into everyone being the same. It applies to more than just money but money’s one of the strongest threads in this particular web.

People have their own self-placed limitations

They have come to a conclusion on what it is that they can and can’t do. They think they’re doing the best they ever will or they’re too afraid to go after more. Just human nature.

If you’re friends with people like this, and we all are, they will object to you trying to better yourself and fleeing the herd.

They won’t believe it’s possible. Or maybe they’ve tried and failed and think you will too, since you’re pretty much them. They need you to stay as you are to feel good about themselves.

Again, just normal. Doesn’t make them bad. But as you begin to build, the resistance will begin.

When you collect crabs into a bucket, one will try to climb out and the rest will pull him back in. Who knows why the crabs do it but I know why people do it. Nobody likes getting left behind.

Nobody wants to wake up and realized they’re trapped in a bucket. Bucket life is easier with company and the more the merrier. It’s self-justification for not trying harder.

To get an even clearer understanding of this, turn the tables against yourself

Have you ever been friends with someone who went on to become something bigger and better off than when you were friends? It probably hurt to see them go. Their world changed and yours remained the same.

You started seeing less of each other as that person worked, studied, learned, practiced, and networked. He or she found new friends – people in the same new class that they were now in. And you lost your friend.

Good, bad, or indifferent you lost your friend

Maybe it caused you to look at yourself and reconsider what you thought was possible to achieve or maybe it didn’t. There’s no law saying everyone has to be achieving constantly in order to enjoy this life.

But it still hurt to see them go, right? Well, now you’re trying to do that to your friends. And they don’t like it.

They’ll start offering reasons for why your plan won’t work. They’ll judge your new activities against the version of you that they have come to know and love.

And they’ll mean it all from the best place in their hearts, usually.

You have to ignore all that and soldier on

No doubt, you WILL fail many times. Far, far more times than you’re going to enjoy experiencing. But you’ll always be getting closer to making that dream come true.

The dream may change as you learn and test. You’ll meet new people because you’ll travel in new circles. You’ll get exposed to more than you would have had you stayed exactly the same.

And you’ll eventually lose touch with most of the friends who can’t fit in to this new way of life you now have.

Welcome to the Land of Entrepreneurship

There’s less of us here than outside the boundaries of our achievement-focused realm but we’re a supportive and interesting bunch.

And we’re always glad to have new company. We’ll never doubt your efforts. We’ll never tell you to stop. And we’ll hope to do something with you as partners one day…soon! Again, welcome!