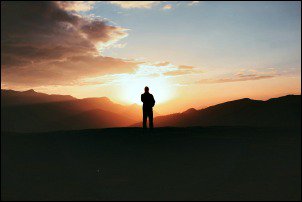 There is often nothing harder than standing up for your beliefs. Especially when you believe something unpopular. As a Marine, the things you’d assume I believed in I most likely did, but they weren’t as prominent on my mind as my own beliefs regarding how I chose to act as a Marine.

I was a rebel

I attracted other rebels to me. I ended up being stuck in a shop that involved a lot of physical labor as a form of punishment. That shop was full of other rebels and outcasts like me.

And we were awesome at that job! We loved the fact that we worked physically harder than the rest of the units on any airbase where we served. We held ourselves in high regard. (Now I’m laughing but we really did. We were incredible! All you had to do was ask us and we’d confirm it.)

But we were constantly in trouble for standing up for our beliefs to behave like rebels in an organization based upon discipline and rigid order.

Yeah, those two things have never sat well with me when I had no say in how they were applied to my life.

But the really funny thing is, the training I received that covered the discipline and rigid order became the foundation for many other areas of my life after the Corps.

The discussion can get spread too thin from here.

I just want to focus on the spirit of the thing for simplicity’s sake.

Once a Marine, always a Marine.

Amazingly, this mindset even applies to how I healed my health, to include my spirit, and how I rebuilt my mind from the trauma of my thirties.

Even in the middle of being punished, I enacted changes for the better within the system that was punishing me. How wild is that?

And all the above led, in stages, to you meeting me here today. I used to be a dude in his parent’s basement with no life, no family (I was separated from my wife and four kids), no friends, no belongings, no hope…and my head didn’t work right.

So what about you?

What do you believe in?

It takes guts. I know. But you can do it.

Parent’s basement. Nothing to my name. Lost my freedom. Lost my family. Head didn’t work. Now many years ago.

Hopefully you’re not in that spot but even if you are, I can help.

The photographer of this post’s featured photo: yatharth roy vibhakar