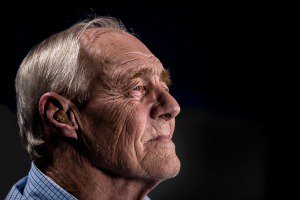 I’m finally writing my first blog. I am so packed with things to talk about I hardly know where to begin.

But some time back I felt that this next topic should be discussed right away.

I used to be edgy, jumpy and imbued with a false sense of foreboding. Constantly.

Check out this entry from Jan 07 in my personal journal (journaling is something I think everyone should take part in):

I just finished meditating and it has occurred to me how I’m no longer easily startled. Over anything. I no longer get that adrenaline blast/ shockwave/ dread/ sense of doom feeling I used to get over almost any sort of change or happening in my day.

Like a phone ringing or somebody walking towards me from another room or when I would spot movement in my peripheral. All these things used to cause me to feel that brief, instantaneous, shock of dread sensation.

It’s gone! It used to be omnipresent.

I was hyper vigilant for years.

This uncontrollable edginess in a day devoid of any real activity was the legacy it brought me.

Anything other than total silence or motionlessness around me caused me to startle. Got my adrenaline pumping. I could never relax.

There are multiple reasons for this.

I feared the telephone ringing for years.

That came from dreading collector’s calls. I survived one bankruptcy and then consolidation years later that felt very similar to the bankruptcy.

It also stemmed from always getting bad news from the other end in ways that didn’t involve money.

My life was one big negative for far too long.

I hated the thought of anyone calling just to add to it.

See, at various points in my life, for years at a time, I would do things that would get me in a lot of trouble. A lot!

Almost nobody called me with good news. Just alerts to more bad.

The hyper vigilance was in place after the Marines but didn’t get real strong until my late twenties.

As I sat in a room, anywhere, I would look all around at the other people. I would try to calculate the best way to kill or incapacitate everyone in the room and escape before any authorities arrived.

I spoke with a Special Forces friend once and he said he constantly experienced the same thing in a crowd.

I knew I’d never act on these thoughts but it was like my mind would not rest until the plan was clear to me.

Later in life, I did security in a situation that forced me to fight almost nightly.

I learned to judge fast when an unstable person was going to attack and learned to take them down before they actually began to attack me.

This set me up for a negative expression of the Law of Attraction.

Everywhere I went I saw potential threats. I was ready to fight at a moment’s notice at all times.

There WERE NO threats in my day!

This maxed out my nervous system. Made me angry and stressed – for no good reason.

It would seem that years later, long after the Marines or the security job, I was still paying the price of maintaining hyper vigilance, except that now it paired up with my bipolarism.

I was a nervous wreck!

I eventually learned how to let that all go. I feel none of that anymore. I am calm. I am clear. And I’m damned happy most of the time too!

The photographer of this post’s featured photo: JD Mason