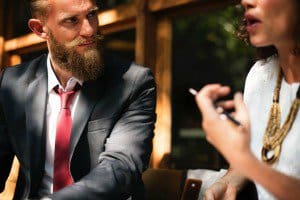 OK. I’m gonna have to bare my soul a bit to make this lesson valuable to you.

Here’s the thing. I have a LOT of energy when I am in the middle of talking about something that interests me.

You can see on this site that I have a bunch to say but at least you can save the page and come back later.

Others have not been so fortunate

Part of my energy, over the years, has been built up due to frustration and fear caused by confusion, indecision, and an inability to clearly see my path at times.

Part of it never dims when I’m on a streak of creative thinking, idea sharing, or storytelling.

I just love those three things like others love their sports.

Conveying a message is my sport

Now, in the beginning of my entrepreneurial journey:

Everyone around me thought me to be a dreamer and/or just nuts. They weren’t far off, half the time.

But they were discounting the power contained in these states of being.

They were discounting the depth of my thinking and the reach I was developing across more than ten years of study, networking, and experimentation.

But I burned too brightly at different times and would not just shut the hell up and listen to my mentors.

For the record, I think some mentors are looking for this and love to shape such a mind.

I can think of two I worked closely with for a few years. They loved my energy and they utilized me to great effect in their worlds.

But I started noticing that I was talking right through answer time.

I’d ask a question, hear a bit of the answer, and start commenting frequently from there on and asking more questions, and sharing more stories, sometime diverting entirely from the original goal of why I asked that question.

This is loads of fun but counterproductive.

It’s also ego based when it’s not fear based. You’re just showing off somehow.

Or, you’re just that damn enthusiastic and if you’re this way all the time, you probably have little to show for it.

Slow down, calm down, ask your question, and listen. Do the “two ears but only one mouth” thing.

You’ll be respecting your mentor’s time and you’ll get far more accomplished on your plan if you listen more.

I think, for some of you, like me, you’re just going to have to let time, failure, and frustration burn it out of you.

I am still excitable about all I do but I constantly try to hold myself in check or limit the discussions be it with my mentor, my partners, my friends, and especially my family.

People like us can flash fry everyone around us without meaning to do so. Gotta watch that.

When I started sharing stories less, brainstorming at the wrong times less, and FOCUSING on the question or problem at hand, everything in my business and life improved.

There are other times when it is totally fine to blow it all out. You simply need to know when and where that’s appropriate.

Our energy, dreaming, scheming, talking, sharing, and excitement are a necessary part of life for the rest of the group.

But the group is not us and our mentors and partners deserve stability from us at times.

We must give that to them. The rewards are worth it.

Just something to think about kids.

The photographer of this post’s featured photo: rawpixel.com