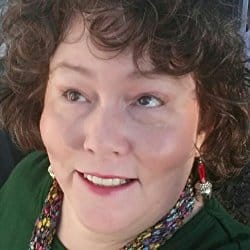 Man, I’m floating. Just got done meditating and I’m loose. My breathing and mindset are both smooth like a Seven and Seven or a nice Macanudo cigar.

It’s almost like being high without the lighthearted juvenility part. Hey, my blog, my words.

Yeah, yeah, I’m a metaphorical Christian now (well, I sin MUCH less) and no longer partake of such vices.

But I remember how good they were when they fit the bill and that’s how I feel now. You go with what you know.

I just feel really damn good but in a peaceful sense. No worries. Read my book and you can have the same feeling.

So my authoring coach, Ronda Del Boccio, started a little game. A form of blog tag, if you will.

There’s a purpose to it beyond the bonhomie and warm feelings it will inevitably generate to be shared by all involved.

That’s what Ronda does. Helps you get the point across and further your cause at the same time.

Ronda’s a pro. Digging my story out of my head was like trying to eat grapefruit with a spoon and getting all the flesh with no mess. That’s a hard task for most of us I would think. Not for Ronda.

It’s both her job and her passion. Check her out: www.WriteOnPurpose.com

So the game calls for me to list eight interesting things about myself that maybe you don’t know. That’s a broad range of material and much of it is not fit for public consumption. But I did come up with an acceptable list:

Now for the rest of this game. I only know of five other bloggers at the moment. Here’s who I’m tagging:

Had to delete all the original material that would have come next. Old links. Not worth fixing.

But don’t fret! In all honesty, I just wanted to show where my head was at this particular day when I shared the stories above. And I wnated to mention my mentor, since Rhonda was truly a godsend in my life when we met!

Plus, I love those stories!