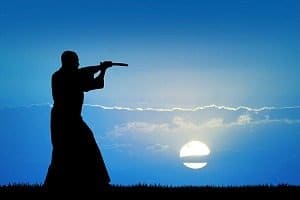 A true warrior is not always someone who has a thing to do with combat, physical fighting, or even facing altercations on a regular basis.

A true warrior is someone who’s in control of themselves, as they wage whatever war is currently consuming their brain and heart power on a regular basis.

I met a guy like that last night. He was working as I waited for my food. He accidentally served me a beer meant for someone else.

I laughed, pointed at the beer and said, “That, and me, equals cops.”

“But thanks for serving me anyhow. Haven’t had a beer slid in front of me in many years. Feels nice!”

Then we had some opening banter over some common ground we shared. Next we got into a great discussion.

Great, in that, it went to a deep place relatively quick. And I love when that happens.

“TMI” has always been a phrase that pisses me off. There is no “TM” in the sharing of “I” for me. I just want the information. Gorier the better, actually. Metaphorically speaking.

Well, this young man told me about some very hard situations that were dropped in his lap and how he responded.

This is where the warrior part comes in

He REALLY got handed some very large shit samwiches. As did I, around the same age.

But whereas I avoided taking responsibility for my fate, he rose to the challenge in an entirely healthy fashion.

He buckled down and became who he felt he must, in order to respond to these challenges with the honor he felt they deserved.

I told him that -without even knowing him but having seen him at this place and another over the years- this “way” he had was as clear to me as if he had a sign around his neck stating that it was so.

Confident, efficient, self contained but not self absorbed. Quiet. Calm, but clearly full of energy. Athletic gait.

I could tell all of this about him just by looking and told him so, because I wondered what he was doing with it all. Partly out of curiosity. Partly because I just wanted to know if he was aware of his power.

He happens to be doing some other cool things and is looking to do more. He has a large urge to strive for greater achievements.

But the key was, he wanted to make sure he was making the most of his life by striving for these goals.

He just wanted a well lived life that required every bit of himself to make happen!

It’s empowering to me to meet people like this. Because I want what he wants.

I want to die used up and with a smile on my face for the effort.

I am humbly aware that I’ve inspired others but I need to be inspired too. This guy did that for me and probably has no idea that he did.

The source of this post’s featured photo: Fotolia