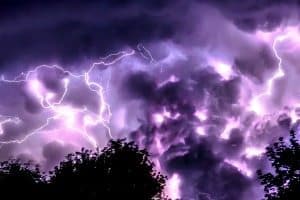 Been a busy time in my head this past week.

The plans and ideas never stop coming. The tasks list never dries up.

Acting on this all in a way that makes sense or is even do-able, takes a certain amount of grit and foresight.

None of it ever happens as fast as I’d like. But most of it does eventually happen.

Because I remain consistent and unrelenting

Putting a platform together is going to require you to both expect more of yourself than you ever thought possible, and sustain a willingness to remain patient even while sometimes working yourself almost to death.

But don’t get freaked by what I just said.

What you’ll find is:

The trek will look a little different for all of us

Be easy on yourself and build your energy for the big pushes when necessary.

But sort of look for those moments actively, rather than wait for them passively. Don’t slack too much.

Over time, you’ll begin to discern when you’re falling too far into one camp or another: pushing too damn hard or not hard the hell enough.

A rhythm will make itself known to you

Then it becomes a matter of self discipline, and that grit I mentioned above, to get you through the tough times, the unclear times, the times when you know you’re right but no one else can see it…and the times when it’s been made painfully clear that you’ve been wrong all along (or the game somehow changed) and you need to humbly rebuild the whole damn thing.

As I did in the last iteration of my info sharing business.

The game changed AND I was a bit wrong-headed about a few things. Talk about humbling.

But that’s The Storm.

You have no choice but to face it.

Agree with yourself that you’ll brave your way through it, no matter what, and you’ll be rewarded in ways that those who don’t have what it takes never will.

The photographer of this post’s featured photo: Jeremy Thomas