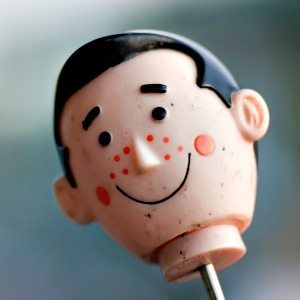 My son plays high school football. The other night, one of his buddies got pile-driven head first into the ground.

The kid’s going to be alright, relatively speaking. Time will tell how much a new BFF he’ll have in his neck. Hopefully, not much of one.

As someone who’s been bashed up pretty good over the years, I’d hate to see that kid have to wake up feeling what I sometimes feel in the morning at his young age.

His pain and our worry aside, the night took an unexpectedly fun and positive turn.

The team is young. This was the first time many of them had ever seen a friend get possibly life-threateningly demolished.

Some, including my son, felt responsible for not protecting him better during the play. Others were just close to the lad and it was upsetting to see him get hurt so bad.

But we ended up at the hospital – my son, the other “regular” kid I give a ride home to after most practices, and a new guy who asked if we could bring him.

The ride in was somber, quiet. I did my best to keep morale up and stress low

We were the first guys to get there, besides one of the coaches. A few other people showed up about an hour later.

We were assured by hospital staff that the damage wasn’t horrific, which brought everyone’s mood up.

Then the young guys all became their regular douche bag selves to one another in the way only team mates and friends can.

The night got fun!

After hanging around a couple hours, I took my 3 guys to a diner. We had some good talks and good laughs there. as well.

I felt like one of the guy, something I don’t get much of anymore. It was nice.

Later, we returned to find out that the damaged kid only had a neck strain and a concussion, but he wasn’t paralyzed and he could still do Math, so all was well.

I was proud of my son and his buddies for handling the night the way they did, and why they did. The lack of selfishness was good to see. The clear concern and worry was nice to experience, as it was from their hearts.

And I know a lot of kids are fourteen kinds of fucked up, as I once was, but on a scale that didn’t exist when I was young. So it felt great as a parent and American to be with a pile of kids who had their head s screwed on right.

But the most important thing was…

I could be there for all this! My life is designed in such a way that I am more available for when important shit happens. Regardless of exactly how I got my world shaped as it is, I can now see how it would have become so, no matter what.

The Writer’s Life, of which I sometimes speak, has been exerting its need to exist for the past 20 years that I am aware of.

And I’ve built it out to where I can be available to my son in a way many parents, through no fault of their own, cannot.

I want to cement this reality for myself, grow it out, and help as many of you who may want it to have it as well.

Grievous spinal wound to warm and fuzzy. It was nice.

The photographer of this post’s featured photo: Scott Webb