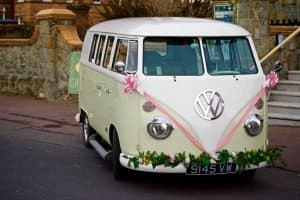 But first: how about that flipped truck in front of my house that just happened!!!

No shit! Some kid was following his brother in a pickup as his brother drove a cutting tractor.

Truck kid nodded off for a second. Did a “Dukes of Hazzard” off the back of the tractor, almost killing his brother. (Near miss. No actual injuries.)

Yeah. So that happened. (The use of a van as the post pic was pure coincidence. But befitting, I s’pose.)

Now back to Groovy

Setting up the entire system for the tent and then manning it turned out to be a brutal endeavor. I spoke on that brutality in OJ POD EPI-42 below.

What I hadn’t factored for was the groovy visitors I’d come to meet.

First came “Ponytail Guy”, my Number One customer, as it would turn out

Beyond jovial. More than gregarious. Over the top friendly but in a way that was non-cloying, totally acceptable and something I looked forward to.

He was listening to AC/DC’s “TNT” in his truck as he pulled out of the gas station across the street from my tent, which has TNT in the name.

We had a blast reminiscing about AC/DC concerts, partying, women, and rock and roll. And fireworks. This guy loved fireworks!

And he fell in love with me.

So, not only did he return multiple times, his last day, he brought a few entire families with him, making sure they bought a shitload of my shit!

It was Jul 3rd, so the tent was exploding with sales activity. I could barely keep up.

So I made him my honorary second in command. Told everyone that if they had questions to ask Ponytail and he’d assist.

Which he did immediately!

He sold me a ton of fireworks!

Then there was “Heavy Metal Jason” who came in one day wearing a metal shirt, which I said I liked

That took us straight into a massive talk about Heavy Metal and the good old days when it was in its prime. 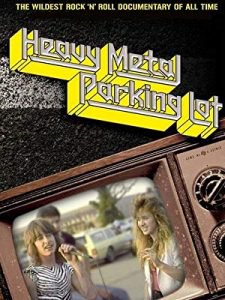 Turned out, Jason was a devout fan of all things Metal. And by “devout” I mean, “Charles Manson’s girlfriends” devout.

He was like something out of Heavy Metal Parking Lot.

He eventually left but returned a day or two later with a binder full of concert tickets, guitar picks, and more.

And he walked me down Memory Lane as he shared a slew of incredible concert stories and related misadventures.

Just missing him were “Metal Heads Dan and Wendy!”

This was a groovy couple who’d watched several product demos with me via DVD and were highly enthusiastic about the products and me!

We were having such a great time as I walked them through various fireworks displays.

They returned a day or two later, and as I said they’d just missed Heavy Metal Jason.

Turned out, this was unfortunate news as they were devout fans as well! 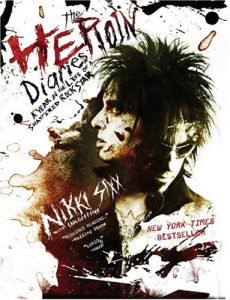 But we had a fantastic talk that must have lasted an hour, easy.

And they gave me some new roads to consider within all that I do here, that I appreciated hearing very much.

Of key note was the book “The Heroin Diaries” which I cannot wait to read! (Thanks guys!)

There was “Wheelchair Lady”

With her skull chair control knob and her Christmas lights for safety undercarriage, she was one of the most pleasant people to hang out with.

Just a real nice lady from the neighborhood who visited me three times at least.

I’d seen her rolling down the side of the road for years and just sort of wondered what her deal was, so it was cool to finally meet her in person.

Then we had Jeremy, a local guy who saved our aching backs on our final night

Jeremy was a quiet guy who turned out to have a big heart and a desire to work hard, who also knew my partner.

Jeremy helped load our trailer for the product return and he arrived right when my partner and I were feeling every bit of our age and disabilities.

Wracked with pain and exhausted, we’d have finished, no doubt. But we were damn glad we didn’t have to do quite so much, thanks to Jeremy.

Did I mention my new bestest friend ever, Leigh?

I hardly know where to begin with this fine woman.

She was beyond exuberant and happy. I know not why. Nothing but laughter, smiles, and pure joy as she toured the tent, peppering me with questions and loving the way I answered each one.

She was one of those people you could only feel unfairly blessed and unduly fortunate to be near if she were your coworker or neighbor.

I knew she just had stories and made everyone she met feel just like I did when I met her. Like I had to know more. Get closer. Be included in her Inner Circle.

She came back a day or to later, “to see if you were still alive, per our agreement”. A joke we shared about how much the heat and humidity was killing me inside the tent.

I was so happy to see her again.

Then I learned she had a Masters in Fine Arts, which she applies to redesigning people’s kitchens for Rhinebeck Kitchen & Bath.

Now, not to downplay their struggles by calling their situation “groovy”, I nonetheless found many of these people themselves to be groovy.

I talk to all people with the same tone and intent. I made friends with many of these people who often live in the shadows or at the periphery of society.

I’ve found that many of these folks have incredibly fascinating stories and sometimes come from loftier positions in life than most of us can ever dare hope to reach.

Then things took a turn. And they became street walkers.

They’re still us. And any of us could instantly, or sometimes gradually, become them. (Something to think about.)

I had regulars amongst this population who visited me every day, just to see if I needed anything, or just to tell me they were keeping an eye on the tent for me. Cool shit like that.

And last, but definitely not least, my groovy platoon of local kids on bikes!

Due to a snag in our planning, what was supposed to be a two-man together affair, became a one guy per 12-hr shift affair.

I was alone in the tent all day, with no way of running errands or the like. 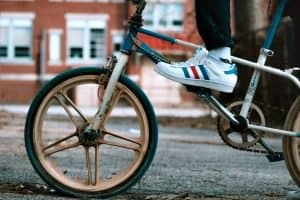 So I deputized a handful of the local kids cruising bikes in my area.

I’d drop a $20 in their hands and tell them, “Go to the bank, get me two rolls of quarters. When you come back, give me the quarters and I’ll give you $5 for your efforts.”

They got me change, coffee, drinks, and snacks for about 4 days, checking in on me periodically to see if I needed anything, insuring I was never stranded.

But the best ones I’d met in a long time!

(Thanks Dominic and Jacob, in particular. You guys saved my bacon more than once and you should be proud of yourselves!)

Something else that made those two boys, in particular, groovy: they record their bike adventures to then upload videos to YouTube to some well known motorcycle/biking website.

I hope to follow up with the boys one day to see what they turned the footage into.

They had big plans.

And I loved that about them.

The photographer of this post’s featured photo: Thomas Curryer