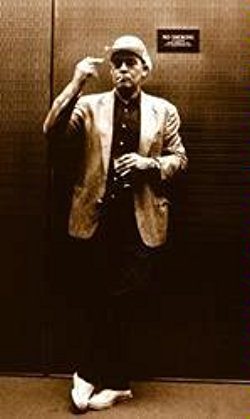 But having done a bunch in my twenties gave me some interesting perspective during my last NSA (Network Spinal Analysis) entrainment.

I’ve been doing NSA Chiropractic for about 15 years now, I guess

I switched to it after my chiropractor told me he’d no longer give me Structural adjustments (cracking), because of the immense pain they were causing me.

He’d been passive-aggressively coaxing me to switch for almost 4 years at this point.

I had deep respect for this man and appreciated the intense levels of compassion he showed all of us patients, so I caved and agreed to finally try NSA.

I experienced around 85% relief from back pain on my first entrainment!

“OK. Great, Ken. You love NSA and are clearly not so subtly suggesting the rest of us try it too.”

“But what was up with the drug reference?”

Well, I’m glad you asked me that dear reader!

I am in the higher levels of care.

This is allowing me to have moments of clarity and releases of tension on a scale that is hard to for me to describe, other than by using drug references.

At one point, about 25 mins in, I had a soft rush in the back of my neck, pulsing up into my skull, that felt a lot like it did in the moments when weed would just begin to take hold.

Except this sensation stayed with me for many minutes.

About 15 mins later, near the end of my entrainment, I had a mind expanding sensation that was similar to when “the whole Universe” pours into your head, while tripping.

This lasted for the next 10 minutes!

Mind you, some of this was not pleasant. But all of it excites and fascinates me. I love “clearing house” which is a big part of NSA.

You release and relax that little black ball of tension that’s probably residing in the pit of your stomach most days.

Or, it may be hidden from you and all you know is that life never seems to go your way. That is an effect of the little black ball, too.

I’m suggesting you at least research some on NSA and see if it might be a thing you’d like to add to your self-growth/personal development tool chest.

Stick with it long enough and you might get to feel what I’ve been feeling without all those nasty side effects I once experienced. (Like divorce, stupidity, getting arrested, hangovers, paranoia, shame, guilt, fist fights, etc.)

NSA truly changed my life and it still does to this day. It is the longest running, sustained use variable in my ongoing battle to remain sane after all I’ve survived.

The source of this post’s featured photo: Amazon