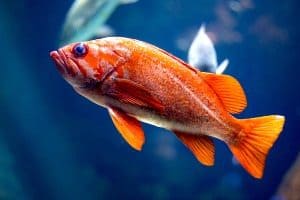 Got my hips into it today.

The way they flew left to right you’d never know I was a white man who hates dancing.

255 lbs of Marine War vet swaying his lower half in sync with the light touches to his shoulders, abs and elsewhere, applied lovingly by his male chiropractor.

Image gruesome enough in your head yet? Bear with me. It’s headed somewhere less horrifying. Promise.

Your Truth hides between your bones

One of the key points of NSA Chiropractic is to get 3-dimensional motion happening in each of your joints.

For me, it’s begun with my neck with many attempts to get my hips moving.

The neck’s been playing along nicely for years now. The hips only recently got the hang of it.

You can’t help this when it starts, nor can you force its arrival.

Your Network Spinal Analysis doctor will coach you to its happening. And you want this to happen.

The motion can also be interpreted as “resolution, healing, and growth”

I love doing NSA work because it improve my entire life.

I become conscious of my body and less so of my mind.

Getting in touch with your body is like finding a hidden gold mine.

I do other shit for my head and love it all.

But the body holds answers that have nothing to do with the chattering monkey brain we live with in our day-to-day.

That guy thinks he knows everything, when in reality, he knows next to nothing.

Because he (or she) is a construct. An interface we’ve invented to make ourselves feel safe in the world and to facilitate ease of living.

It’s our ego and it’s not all bad

But it’s usually not as right as we assume it is.

This leads to damage at worst, stagnation at best.

Both are death. Their only potential value lies in the lessons they become when viewed in retrospect.

I’d rather live, grow, evolve, prosper. See things in the Now, not after the fact.

The photographer of this post’s featured photo: Claudio Guglieri