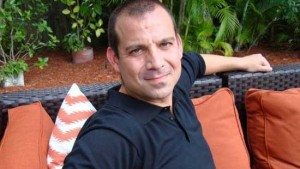 This mentor came to me the latest. We’re still working together as of this writing and I thank all I hold sacred that I found him.

No joke. And I didn’t say that lightly.

Rich Schefren slapped me in the face with the awareness of why my two biggest hurdles were stopping me. Then he showed me how to begin fixing them.

You may relate to what I am about to write next:

As I built my last business, my life had become nothing but the putting out of fires and my own twisted need to build more. Let me go deeper into detail on those points.

I was the busiest I’d ever been (and that’s an understatement) yet was experiencing very little to no growth.

I was making money but when the amount was compared to what I was laying out for tools and assistance, not to mention the time I was spending in front of my desk top, I was actually experiencing a negative return.

I was losing more than I was gaining

I had just stepped up my attack on my own sanity and peace of mind by starting a new line of credit.

This was specifically to buy a suite of tools that I had been studying for a couple months, which I was sure would once and for all end my struggles online.

I bought the tools and not one of them had as easy a learning curve as advertised. What a shocker. Who saw that coming?

My drollness aside, I began in earnest to learn these new tools, integrate them, and fill in the content they controlled.

My life rapidly became an all too familiar nightmare

I’d been here before.

By the end of the third week, I was burnt out and only about a quarter of the way established in my new systematic approach to profits, growth, and less stress.

I was TOTALLY stressed and I felt like one large-type, giant-sized ASS!

See, I’ve been here more times than I can count. I have years of this under my belt.

I used to be manic and could keep at it for days with no sleep. Truly. And not have any more to show for it than I was having right now.

I knew the signs. Knew all the steps that preceded these crashes.

Was quite familiar with the disgust and frustration I was now feeling.

Not to mention the shame and the fear of telling my wife (AGAIN) that the new plan wasn’t working out any better than the last.

Yeah…I was livin’ the good life.

I had to do some diggin, both in my mind and then through Mother Google but I finally remembered the guy’s name and what that chart was that he’d shown me.

It was Rich Schefren and his Internet Business Manifesto. 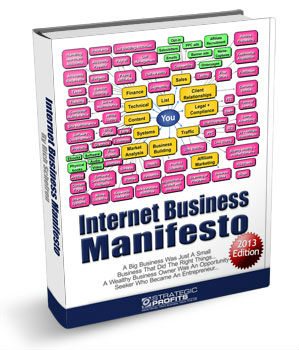 That chart of his was a life saver.

In a nutshell, it shows you all the things you more than likely are attempting to do in a day to make your online business thrive, or at least function.

It’s a crowded diagram with around 70 items on it with you at the middle.

Once you see this chart, you’ll see yourself

You’ll also see why you’re never going to make it if you continue on that path as it is physically and mentally impossible.

The report goes on to explain how your goals are correct but your strategy is flawed. Rich will then, obviously, show you how to straighten this mess out.

But, as I said above, there is another very large problem contained within the Manifesto that Rich will smack you into awareness of.

And as soon as he said it, I had to laugh at my foolishness but also because I was so relieved. He’d pegged me so well that I knew he’d have an answer worth hearing.

And here’s the other big problem most of us are creating for ourselves online:

We are all Opportunity Seekers!

Remember that “suite of tools” thing I mentioned above and where it brought me and how I’d been there so many times before?

That is a form of opportunity seeking.

Again, it’s not that I was a loser or a fool. I had solid reasons for choosing these things to help me.

I was (mostly) past buying anything just to make money, all by itself. But even these tools qualified themselves in that same category.

Or should I say, their purchase qualified me as an Opportunity Seeker.

But it was a relief to name my enemy. I no longer had to fight an unknown. It is hard to proceed without any clarity.

Lack of clarity can be just sitting around clueless or it can be working furiously in all the wrong areas. Same end result, either way.

Rich gave me some clarity

Enough to get underway, anyhow. Like I said, I’m still working with him.

A lot of what he’s told me, what I’ve read in his membership site, or listened to him tell others has totally revamped the very way I am approaching you right now and why and what I hope to gain from it.

I felt blessed when I was re-led to him two years after I’d found him.

I wasn’t hurting enough the first time I met him. His material didn’t pertain to me, or so I thought.

I can only imagine where I’d be now if I’d started listening to him back then.

Everything for a reason, I suppose

But I’d still like to stress that you shouldn’t waste any more time than you have to.

If anything I’ve said here even remotely rings a bell with you, then dig into all Rich has to offer now.