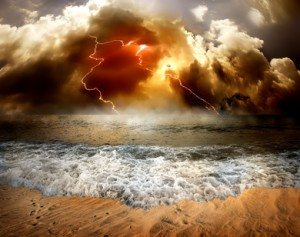 The Scourge has had many faces in my life.

It’s made of whatever’s assaulting my sanity the most at any given time.

Fighting the Scourge is one way to define all that I do–all that I offer to you.

And ‘fighting’ isn’t even the proper term. Not when you get a look under the hood at how I do it.

The fight is actually my effort to remain aware of my self and my place in the world, coupled with my ongoing attempt to let go of the negative, in order to discover the positive.

How’s that for a big, fat, hippy hug?

True, though. Simultaneously, not easy.

The biggest scourge I’ve purged, of course, has been bipolar disorder

And the way I purged it has proven to be non-workable by most who came my way looking to do the same.

I slowly realized that something unique to me helped immensely. The rest was having access to support that many do not have.

I can only speak to the first. The second is dictated by chance.

However, even when people have had the support, they got nowhere near as far down the road to regained wellness as I did.

I learned of this not from the people who sought my help, but in random conversations with people who just felt like sharing their lives with me, as many do.

That’s when I realized that something about me–my attitude, my perspective, my resolve… my everything–combined in such a way as to save me from the forces of nature that easily devoured less fortunate souls.

But make no mistake, this didn’t mean I’d purposefully designed myself to be ready for these types of battles.

Yes. My life had led me to sources of strength and training that would be helpful in surviving such battles. But that wasn’t how these resources were framed as I was learning how to use and access them.

I was ahead of most but I needed a boost.

With the tools I discovered to beat my worst personal demons, I became able to see life in a new way that allowed my reinvention to take place.

Which, itself, was just another fight that dragged on for years, and was frequently crammed with a sense of no hope, no success, and added confusion and misery.

But I was able to reframe how I saw all of that the same way I did with my other foe-framed life struggles, so that I could get to here. With you guys.

Now, the fight is more one of academic, technological, and logistical battles, where it’s me against these abstract and intellectual aggressors.

It’s really me against me, as it’s always been

My ability to learn, adapt and implement what currently baffles, confounds and enrages me is all that stands in the way of my next huge victory. One that I’ll also share with the world and one whose eventual value I can’t even fathom at this point.

But its impending arrival excites the shit outta me!

And that right there is the underpinning attitude that has propelled me forward, regardless of all else.

And it’s the one key thing I hope to impart to the rest of you who find a guy like me worthy of your attention:

Hope is what defeats the Scourge

My sense of hope has supporting compatriots in the forms of:

That list is full of abstract states of being and generalized paths of potential ways forward.

But they are at the root of building the life you’d rather have, instead of quietly accepting, or loudly denigrating (both of which are useless AND harmful) the suboptimal or flat out shitty life you have now.

This is my phrase for something that only in retrospect, could I see has been trying to get some air time in my mind my entire life.

I do battle in search of calm.

I think we all do. The turning point is when we become aware of needing new tactics, new perspectives, and new end goals.

That’s not to say we don’t have actual problems. My bipolar was real. The guy or girl with missing limbs can’t metaphysically magic them back into existence.

I’m nowhere near done with some of my battles. But I want this site to be a world in which I can keep working on them, in a way that benefits all who find it.