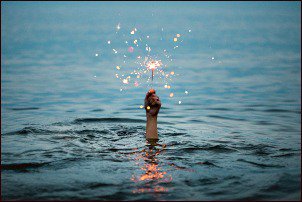 Perseverance – the act of never giving up.

This is something that is hammered into every Marine as he or she goes through boot camp.

It then sticks with us for life. We don’t quit even when we ought to, sometimes. But anybody can develop this perseverance within themselves.

You just need a big enough “why”

Why do you want to succeed?

What’s your reason why you’ll go to any length to bring your dream to life?

In boot camp, it was so that we could survive the training we were undergoing.

Marine boot camp is no joke. But that was its own point.

We also wanted to earn the title “Marine.” Less than one-tenth of one percent of the entire population gets to be called “Marine.” It’s a huge honor and it demands a huge price.

And later, in the Fleet, we wanted it to be clear that we felt this way about any task put before us, no matter

We were going to make it through to the end no matter what.

Of course, this ties into having that winner’s mindset, which I wrote about in another post. But to persevere means not just to win, but to finish. Sometimes, a win is not possible but you finish anyway because you said you would. You promised someone. Or you’re representing something larger than yourself and that entity’s character will be judged by your performance.

In the context of building out your mission online, it means you have to hold yourself accountable to something or someone. It’s the one great driver behind solid perseverance. For some of us, we don’t want to let ourselves down. We may be all alone on our quest. Nobody is really depending on us to make it. Not in the immediate sense.

But for most of us, someone really is waiting for us to pull this off

It could be family, supporters, people for whom you advocate, or someone who will benefit from your success who doesn’t even know it yet. Someone you don’t even know. You just can’t stand that no one’s fixing this problem. (I am fond of that one, too.)

It can also be something as trite as not wanting to appear foolish in front of others, usually folks who know what you’re up to who don’t believe what you believe and think you should just quit.

What, or who, is depending on you to have this never ending perseverance? Who’s counting on you to become what it is you know you’re capable of becoming, even if it’s going to hurt, cause you to suffer, or endure sacrifice? There’s someone.

Or maybe it’s just you as a man or a woman. You’re a lone wolf. You just want to know you can pull this off so that you can sleep at night. You hold yourself to a higher standard that demands you make this thing happen. It’s in your guts. It’s in your heart.

Whether there’s someone holding their breath until you’ve finished or not, I want to help. I love pushing on in the face of all doubt. It makes the victory exponentially sweeter when it finally arrives!

The photographer of this post’s featured photo: Kristopher Roller