I encounter too many folks who want to go big with their business or business idea, but can’t pull it off due to their employee mindset.

I’m not crapping on them.

I’ve lived it too, for far too many years before I realized that I was worth just as much as the ones I perceived as “Big Guys.”

So, I sympathize but I no longer empathize

Playing small will guarantee safety but it also becomes a self-fulfilling prophecy.

You’re safe because no one knows you exist.

Your business is really just a hobby, even if you have customers.

When you go for a larger client base, a broader audience, or search for new platforms and formats with which to market your presence, you’re acting like a business owner.

And you have to be, think and feel like a leader, in order to succeed

I remember talking to friends, more than 15 years ago, about how I wished I ran my own show; how I deeply desired to be my own boss.

Their response (because this was my peer group at the time) was always, “Not me.”

I used to argue with my friends back then. I didn’t realize that they simply were not leadership oriented.

They were happy to remain sheep – fed, watered, and led. And this isn’t even a negative!

Not everyone CAN become a leader!

Oh, the potential is there within each and every one of us, but realistically, we leaders are the minority and always will be.

But, and this is a big “but”, if you’ve decided to own something, to go after clients, to begin selling a product, or to start making noise about your deepest passion and best experiences, just know that it will all be for naught if you don’t rise to the challenge of actually thinking, feeling, and DOING what an owner MUST do in order to succeed – to make a profit and remain in business – to compete against your competition.

But to do all this is scary, painful, frustrating and exhausting

So, it’s not just an “employee to owner” mindset shift. It’s deeper than that.

You have to become the hero of your own story to pull this off.

To make the money you need to survive and thrive. To make sure the people you care about most (your tribe) actually discovers what it is you have to share.

And this is where most new business owners fail.

You can have investment capital, supporters, equipment, staff, and all the other infrastructure components.

Or at best, reach only a tiny level of achievement and sadly rest at that point forever.

It’s no joke getting a company off the ground

Read the rest of my site. Everything in it is really the story of what it took for me to get to here. 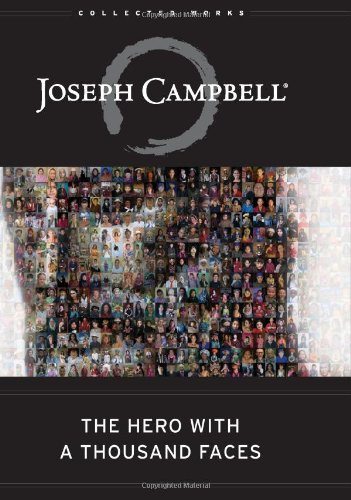 I learned of the Hero’s Journey many years ago and embraced the fact that I was on that path.

It’s a way of life that was described and taught by Joseph Campbell.

Read “The Hero with a Thousand Faces (The Collected Works of Joseph Campbell)” to understand this better.

Think of any movie or book where the one guy or girl must go against all others or go it alone in order to get the job done, avert the disaster, or make the dream become a reality. It’s a hard path.

You want to be on this path too, if you’re trying to spread the word and grow.

It will involve pain, frustration, fatigue, fear and failure. But those who keep going also know it one day takes you to your version of “The Promised Land.”

Get it clear in your head that this journey will have a cost and start paying it faster than you may be doing now. Put the work in. Think like a leader or boss would think. Demand more from yourself. It’s the only way to make it all real.

And don’t worry. It gets easier as you get tougher and smarter.

Both of those things come from never giving up.

Have faith. Push. Remain open. Leave your comfort zone. Do all that and you will one day have what others only dream about.

Return to “The Strength Gained From Ownership“