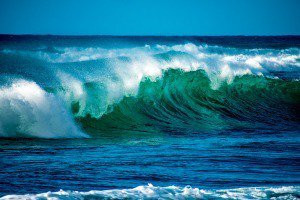 The ability to overcome is the final third of the Marine Corps motto. We don’t stop until the objective’s been achieved.

There was a particularly brutal battle in World War One that the Marines won. What we overcame in that forest was horrifying and we lost an incredible amount of men.

When it was over, the German soldiers said they’d never faced anything like the onslaught of the Marines during that campaign. We terrified them. It should have been impossible to do what we did.

The Germans said we fought like “Dogs from Hell”. Devil Dogs. The name stuck ever since.

This mindset and level of belief and conviction in myself, is what I bring to the table

I won’t stop until I have what I want.

I will overcome anything that stands in my way to get there.

What I want is for you to become successful at whatever it is that you do or promote and I want to build you into a leader in order for you to do it.

I want a team of leaders supporting what I do, which is to keep building more leaders so that we may build a world more to our liking. One that is healthier, more vibrant, more hopeful, and more robust.

You will get what you want because, in this case, it’s the only way I’ll get what I want

I just realized as I wrote this, that this post has a slightly different flavor to it than the fifty I’ve written before it. It’s shorter but more powerful.

Can you feel my intentions coming out of your screen? I mean to have what I want.

You’ll win by default if you’re connected to me. And if you don’t already have this level of conviction, in order to overcome your obstacles, don’t worry. I can teach you how to develop it on your own.

There was a time, a handful of years back, when I felt none of this. I was empty and dying. I came out of that by remembering this will to overcome. I remembered it before I even felt it. Then I went back to work reviving it.

I am no longer a warrior on any physical battlefield but I am no less of a Devil Dog as I pursue my goals than I was when I still carried a rifle. And I want people to lead, some of whom will go on to even greater heights than I. I am sure of it.