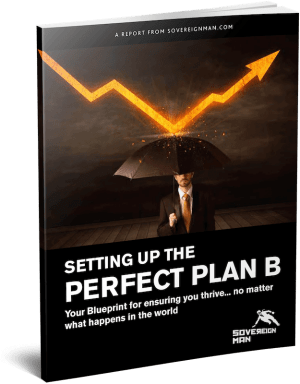 No. Never listened to Dylan, other than the radio.

Although, I did see him open for the Grateful Dead a few months before Jerry died and that whole experience was over.

Great show. Didn’t like the Dead either. But great shows!

(You had to be there. And possibly doing…stuff. Hey, I was in my twenties.)

That was my light way of approaching a potentially dark topic.

OK. First off, this is not what you may think, so relax. The world is in pretty bad shape in a number of ways but this post is only concerned with one area and only in a general sense. That area is the economy.

I am not going to actually discuss financial terms or tactics. I only want to focus on the future and what it means to you as a messenger – someone who knows something that can help others.

You need to remain solvent in order to continue getting the word out, whatever your word is. To ignore the economy of the globe and our place in it, regardless of country of origin, is to ignore your own ability to continually pay your bills.

But don’t freak out over the monetary ills of the world. They’ll continue worsening just fine without your input.

As a former Marine, this “refusal to quit” thing enlivens me. I get just as upset as everyone else when tragedies befall my world, be it global or right in my house. But I get past the rage and worry as fast as possible and get into fight mode…proactive mode.

Being proactive, no matter how large or intense the problem becomes, is still the best way of fixing the problem.

It ain’t gonna fix itself.

Now, in order to remain solvent, you may have to consider some drastic measures. You may have to change your mailing address in order to keep your show on the road. You may opt for warmer climes, or chillier, or more northern, or more southern, a hair more to the east or west…well, you’ll see what I mean shortly.

I discovered The Sovereign Man through Mike Dillard. The man himself travels the world endlessly, reporting on conditions in other countries, finding benefits to relocating there, or pitfalls to avoid same.

To be clear, Mike Dillard supports what this guy is all about but Mike has chosen to stay in America and fight what’s coming for all he’s worth by teaching others how to succeed against all odds. He’s built an incredible social movement around this, of which I am a part.

It’s called “(Sep 2016 update: the Mike thing I used to share here has retired and morphed into something larger. Click the Mike link above instead. But the next couple sentences still make sense.)”

Become aware of various options for your earnings and ways of capitalizing on the events of the world. The times of greatest turmoil bring the greatest rewards for those who are prepared.

Now back to this global situation.

This is something that is sorely lacking in America, in particular. We are an insular people. We tend to judge the rest of the world against our reality, never considering that the other folks might do the exact same thing. Somehow we feel special enough to be above many harsh realities that we will soon taste directly, whether we believe in them or not.

So, it is along those lines that I’d like to share what “Simon” (SM’s pseudonym) has to share about the bigger picture. It relates to how you’ll continue to be able to spread your vision or message, in spite of global going-ons.

As a former world traveler myself, I learned that the world does not see the world as America sees the world

If Americans knew what Simon knew we’d see that there are wonders and opportunities aplenty, all over the globe, and that life can be better in ways we’d never have thought possible in other lands.

Does this mean I am taking his words to heart and living outside the U.S.? It piques my curiosity but I doubt it. Got too much fight in me for that. We’ll see. But here’s what Simon says (sorry) and I think you’ll find it helpful as you make your long range plans:

Go read Simon’s blog and site and see what you think for yourself. I dig the guy and I like having options, even if I never plan on using some of them.

It’s like I always said back when I camped year round, “Better to bring it and not need it than the other way around.” That was a life-threatening lesson I learned the hard way more than once.

Tell me what you think of this info below. Remember, you sometimes have to stay loose in order to complete the mission.