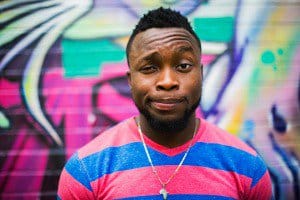 Someone’s got to say something about this so I guess it’ll have to be me. I never could shut up when told to.

There is a wide, nay, impossibly immense gap in understanding, between people who actually have bipolar, and the well intentioned folk around them who don’t agree with them should they follow a system like mine.

I’m only speaking of when all other medical options have been tried with no resulting improvement.

Just as a precursor let me say this:

The two main steps in my system involve other people’s products that are completely unrelated, but have success rates that are through the roof in their respective areas.

It is this exact reason why I investigated either one, when I was still fighting the beast on a moment to moment basis.

By combining the two, you are getting the best of two VERY good worlds!

From there I add lesser steps that are not as dramatic but just as important to follow.

But there is a belief aspect to be dealt with.

It involves the bipolar person and also the supporters of that person.

The sufferer, having exhausted all options medically and running out of hope, is more willing to try these “fringe” methods. Desperation will do that to a person.

In this case, they might get the relief they so desperately crave.

But the “normal” people will then only see them as someone who will not “get with the program”, “do the right thing”, etc.

The following is my response to a client who is up against the wall with the family and friends who refuse to believe in her new approach, even though her psychiatrist has told her there is nothing more he can do for her!

Have you any idea what it’s like to be in that situation, riddled with fear, depression, despair, pain and be told “we have nothing left to try?”

It’s no different than being told you have inoperable cancer. No different. Read on to see what I told this person.

This is the problem with the “normal” people.
They have been trained – trained – into thinking that taking a pill fixes everything.

Not just bipolar. Everything. So to not take a pill makes you look more insane than you already feel.

They just won’t see it.

In a sense, they don’t want you to be better…they want you to be under control and not a problem to them. This is true to some degree whether they’re conscious of it or not.

You are right to keep your moves to yourself. That’s a good protection move on your part right there.

If your friend was smart, she’d be open enough to go look at Truehope’s site.

They have a section in there that speaks directly to supporters. Not to mention a shitload of other information proving with absolute clarity why their stuff works.

But people will not go that extra mile. They won’t do the research.

They simply judge from afar, based on absolutely nothing but their opinion, and no amount of evidence put before them will change their minds.

This whole damn country has been trained to take a pill. Problem solved.

In my own house, my mother has watched my transformation.

She’s also seen me get well. And she has similar problems with her health. Will she take EMP+? Nope.

Beyond that, she actively tells any who will listen that if they know someone like me, then they need to get my book. But she still takes Paxil!

The info that’s coming out regarding the long term use of Paxil is utterly horrifying. But that will never make it to the mainstream media.

I used to struggle to get her to get onboard with my plan but it turned into harassment on my part.

I learned I was only upsetting her and that she would not change her ways for nothin’!

So I let the matter drop because I love her and she’s not anywhere’s near the mess I was.

This is a lonely fight for us sometimes.

I know that I took every single med there was for my illness. Every one and in varying combos and doses.

I GOT WORSE EVERY YEAR.

This fact cannot be argued. My psychiatrist even told me we were running out of options and he wished he knew of something that would help.

You know this but I’m sort of mad for you.

Your friend and family could also read my book. It’s for them as well as you.

You’ll probably run into resistance there too. They just won’t do it or if they do, they’ll disregard me as a hoax.

People don’t want to spend the necessary time it takes to learn. They’re lazy. Just give me a pill.

We take the time because we’re in hell and need to get the hell out!

You keep going girl. They’ll see the light one day, as more and more people like me get louder and more newsworthy. Maybe one day they’ll get it. Maybe not.

Always remember that I get it and I want nothing but for you to feel better as I did.

For you to follow my path and one day become so well, and maintain it for so long, that it can’t be argued, and then hand the world a big fat “I told you so”, is one of my dirty little secret desires.

The photographer of this post’s featured photo: Ayo Ogunseinde