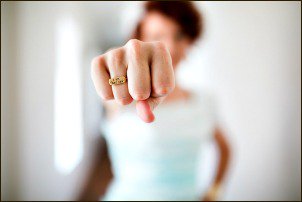 Marines are never to show weakness in any form, ever. That’s what we were taught. Combined with the mostly male environment and the mostly young age range, it wasn’t hard to get behind that sentiment.

Of course, it can lead to other negatives, thinking this way, but the main point was to stay strong in the face of all that could happen to a Marine in the course of fulfilling his or her duties. As I’ve said before, my job was brutally physical and we were frequently in all kinds of pain but we wouldn’t admit it much to each other.

I’ve used that mindset to get me through many more physically painful situations over the years when I needed to keep going no matter what. But eventually, this way of thinking becomes absurd. We all fall apart at some point and a shift in mentality has to happen.

I began getting away from the physical aspect of the original directive and started applying it to the mental aspects of my life. Of course, again, this too can lead to negatives but it’s a good way to be just to get jobs done. Comes in handy when one is losing one’s mind at work but doesn’t have the option of quitting.

So that brings us to you and the Internet and how I reformatted this “show no weakness” mindset so as to do well online.

What I take it to mean now is simply – don’t complain, don’t berate, don’t attack, don’t showcase negativity in what you do online other than to prove a point when illustrating how you may have overcome something terrible.

(I think I spelled that right. Great Disney flick for the kids! Who am I kidding? I’d watch it again now.)

So, it’s not a matter of sidestepping reality and being a nice guy or girl and never complaining. Sometimes complaining is a great marketing tool, as is taking a polarizing stance on an issue and getting into heated debates. Draws a lot of attention.

I’ve done that once before but didn’t really dig it. But if this type of a fight intrigues you, nothing seems to draw traffic as fast and hard as it does.

So now I focus on showing my strengths and being strong for others who come my way for help. Hell, I got loads of crap I’d love to vent about. But what’s the point?

I learned long ago to just put my head down and work on creating a solution, rather than bitching about the problem. Trust me, plenty of other souls are taking up that banner for us. No need to join in. They’ve got it covered.

When you follow along with most gurus of any type online, you’ll notice they stay rooted to promoting their cause and very rarely respond to negative posts on their pages. They table the misery of the world at large and stay focused on offering the solution they’ve devised for their specific issue.

It’s not that they don’t care. There’s lots going wrong with the world and these people have homes, savings, kids, health issues and all that, same as the rest of us. But they know that to effect change on any scale, they have to DO something, not talk about it. So they DO whatever it is that they’re best at and the world gets their help in that way.

Aim your mind at the solution – then present it

You might have to go to war with various members of the Peanut Gallery anyhow, not that you ever have to. But if you do it’ll be from the position of a successful creator of the proven fix to a problem or pain that others have endorsed.

And that’s the plan. It’s what I do and it’s what I’ll help you do.

The photographer of this post’s featured photo: Brooke Lark