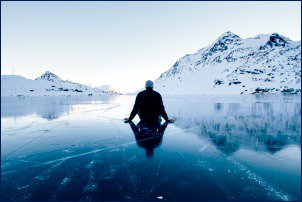 I had a chat today with a friend I haven’t seen in many years. My friend was interested in how I got better.

She was surprised by the improvement, just based on how screwed up I was when she knew me last.

That was a long time ago. 15 years plus. She never even saw the spectacularly disastrous years that came later!

Well, we talked and it was very nice. In the course of the conversation I divulged a little bit of my system “TORQUE BACK”. Normally I don’t like to do that.

I prefer to let people see the system in its entirety, with the explanation of how I arrived at these discoveries preceding it.

Helps people to see the validity in my choices regarding how to repair our broken minds.

I mean, I know these steps work. Proof’s in the pudding. My pudding was warped. Now my pudding is calm and orderly.

That’s important in a pudding.

My point is that part of my system involves meditation. Everyone’s going to know that as my book spreads around.

My friend’s composure changed just that little bit when the conversation hit on meditation. She even went a little into how she had tried meditation already and wasn’t convinced of its worth.

Now, she’s my friend. She’ll never get charged anything for my help. And I can help her. There really is more than one way to skin a cat.

But I don’t want anything from her. So I have no need to twist her arm around to my way of thinking. I just want her to feel better. That’s it!

But I know enough not to try and convince anyone of the righteousness of my ways. People will disagree with me and that’s fine.

I know what I have my hands on and soon, so will many of you. I don’t have to convince anyone of anything. (That is such a sweet place to be operating from, by the way.)

But I wanted her to know why I have the faith in that part of my system as I do.

I kept it to myself to avoid seeming confrontational. You, the reader, are not so lucky.

It is paramount that you get meditation into your life!

No, you won’t die or implode in the next ten seconds if you don’t but I’ll guarantee this: you’re walking around with more baggage than you know and it’s gnawing on your structure. The structure that gets you through each day.

Probably you’ll be fine with that. You could do better than you realize but some folks are OK with where they’re at. And some are quite happy! And that’s cool. Really.

But if your baggage is heavy and you know it; if you are not getting out of this life what you want; if you realize you could do more if only you could function better, then you need to meditate.

You can be in great physical health and still have an ill mind. Did it myself for many years.

At the very least, the stress and hurts that you store in your mind and body are affecting your ability to evolve.

And if you’re not growing, you’re dying. That’s the natural way.

Look at a tree. It seems to not be growing but it is. Otherwise it’s dying right? Ever know a tree that isn’t doing one or the other?

Now I agree with her initial reaction.

I was told to try meditation by a psychiatrist, many years before I actually did it.

But I wasn’t able to even calm down enough to attempt it, for one. My mind was a perpetual nervous wreck at that point.

I’d have much preferred a Quaalude cocktail but he just wouldn’t see the sense in MY plans on this.

And I didn’t much like the thought of what meditating consisted. Seemed too boring and I also knew there was a hard level of work involved to relax properly.

Seemed impossible to me.

Well, I took steps to calm down in other ways first, and found a way to meditate that nixed my fears on the subject, entirely.

My way is easy but it’s for real.

It is used by many of the guru’s out there who have their own separate ways of helping people feel better. And they share it with all their students.

I should add here that even though it’s a part of my system, I didn’t develop it. This life saving gem is someone else’s gift to the world.

But I feel awful good sending people to this company. I know what’s in store for them. I am already happy for them.

I know how much better I felt over time and they will achieve what I did.

If you’d like to know what this is all about then start here.

If you are suffering with bipolarism, depression, ADD, anything like that, then pick up a copy of my book. I offer no cures but I guarantee relief.

The photographer of this post’s featured photo: Riccardo Bresciani