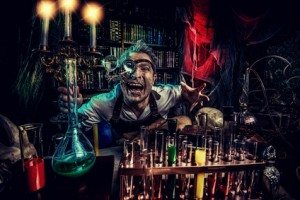 Never tried this approach before: I’m gonna let you see how my process works, at least in one area.

Then you see if there’s something about it, at least in this form, that makes you want to make a move with me.

I’m having a late night chat with my wife about who knows what. But it led me to remember a funny story whose base is rooted in darkness and hope.

Bunch of years back, I’d been working out with this monster of a young guy who was also a cop.

We liked each other’s gym intensity. Our mutual presence and subsequent conversations would lead to gains for both of us.

This had been our relationship for almost a year, I’d guess.

But one day, as I approached him back in the Iron Pile section of the gym, he was just standing there, pondering me…giving me “the look.”

I am very familiar with The Look

I came right up to him and told him so.

Me: You’re giving me The Look. You have just remembered something about me from our shared past and it’s not necessarily a good thing. What is it?

Me: Don’t worry dude. I’m used to this. You can’t live a life like the one I did and not get this kind of attention. Trust me. I’m cool. Just out with it already.

He smiled and carefully began:

I just remembered where I know you from. You had a bad night some years back. You were drunk and completely flipped out. We had you chained to the wall and you were absolutely raging.

I was a rookie then. I’d never seen anything like you before. I thought maybe I could talk to you, connect, get you to calm down. Cop to Marine.

I pulled up a chair and sat in front of you and started trying to bond. It seemed to work. You started to calm down the more we talked.

I got closer as we bonded more deeply.

Almost too late, I realized that you’d been baiting me, like hunting. You were far more sinister than I’d given you credit. The whole time, you’d been planning this attack.

And when I got very close, you made your move.

You lunged at me with a speed that was incredible! You tried to bite my face off! The only thing that saved me was my youth and reflexes. I don’t know that I could still snap my torso back that fast today, for any reason.

Your teeth clacked together so loud, right where my face had been one second earlier. You almost killed me!

I have never witnessed savagery like yours. Not before or since.

And now, here we are, lifting buddies this whole time. And I never knew. I’m not sure what to do with this.”

But he was still smiling.

But I’m not that guy anymore. And I’m not upset that you’ve remembered. Plus, it’s a cool fucking story.”

To this we both cracked up.

I said, “Shit just happens man. I didn’t go to jail and you lived and we’re both men. Fuck it. Let’s lift.”

He smiled and said, “Yeah. Wow. Holy fuck though dude. You were like…”

I laughed and just said, “I know. I know. Pretty fucking spectacular though, right?

And we stayed friends.

Here’s where it began to get really interesting

Not long after, he confided in me:

“The night we brought you in, there was another cop who said ‘this guy is batshit insane, but I know where he’s coming from. I feel the same way sometimes.’

Well, that guy flipped the fuck out right in headquarters, pretty much being like you were. We had to take down our own guy on the spot. And it took like 5 of us to do it. Absolutely raging. No forewarning.

I’m starting to understand better where you may have been coming from.”

Now let me take it up a notch

A couple years later, this same cop comes up to me in the gym:

“Dude, I need your help. Now it happened to me. That thing we talked about with you and the other cop. I almost killed some guy at a bar the other night. Lunged at him, just like you did with me. My whole gang had to restrain me.

And I’m not entirely sure where it came from. And I don’t think it had much to do with the guy I attacked. But I can’t talk to anyone on record or my career will be threatened. Can you help me?”

So I took him aside and told him of what I knew that helped me overcome all this insanity.

I don’t know how much of it he ever implemented. But many months later, he thanked me and said the best part was just having me there to talk to and that I understood.

And that I was discreet.

Back to my wife

After finishing telling this tale to her, she said, “You should offer something to cops just like you did for that guy, to help them deal with this shit. That HAS to be a big business just waiting to happen.”

And she’s right. It HAS to be.

Which immediately got my wheels turning:

I was partners with another cop who had an idea to put on some sort of executive personal growth seminars at the civic level for groups of government employees.

The funding to hire us would come from an account that he knew existed in every district for every level of government above a certain scale.

I was to be the personal growth part of the offering

This idea never saw the light of day because we got sidetracked into the other reason we’d met in the first place.

But I knew he knew how to make something like what we’d planned take off. And he was connected to the cop world. And he knew how to access the funding.

But our relationship had fizzled, entirely because I’d let it.

See, we’d gone deep into the original job that brought us together. Once we understood the value in each other, we developed more jobs like that for other clients. We experienced a small level of success and really impressed one client in particular.

Then we formed a company with that client and ourselves that would enhance all our worlds in more ways than one.

The Grand Vision of how I’d always wanted my business and personal life to meld and grow was starting to work.

Then it fell apart.

I was doing too much for too little. I was also struggling financially and my friends definitely were not. So they let me keep the lion’s share of any profit, just so I could feed my family and keep working for the company.

This created too much stress on me. So, I separated myself from the whole scene to refocus on my original plan to become something bigger in the Personal Development field.

Which I’m still working on.

And to maintain that focus, I cut all ties to those guys, just by quietly going dark.

(I’ve done this with a few good friends, only because the stress of trying to keep our worlds merged was just too undoable from my end. It’s a sacrifice I’ve made. A price I willingly, though not enjoyably, continue to pay.)

So, back to the Helping Cops Discreetly idea, I have no way of comfortably reconnecting with the one cop who had the executive personal growth idea in the first place.

And I’m not sure how much I’d really want to put into building the thing that this article revolves around.

But it interests me.

I think there’s something here that could do a lot of good for the cops who need it, as well as help them understand the people they bust who deal with it. And I’d have a mini career to boot, doing something that comes as naturally as breathing to me.

This is also me planting a seed. Seeds. For those of you who care to, reread this post and see the many ways I’ve exposed various aspects of my story; why I am like I am, my needs and desires as a growing entrepreneur, the way I get from A to B, the way I tell a tale, etc.

There’s a lot in here for more than one person’s perspective that we might build something around.