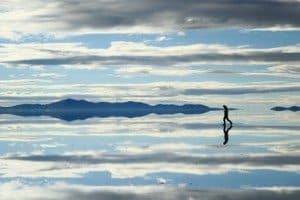 This site, as well as the way I conduct my daily self, is an attempt to combat the reality that is the title of this post.

All around me, and sometimes even in my own doings, I see people (in one form or another) going all over the place but never sticking in one place for long.

They’re getting very little done in a whole lot of areas. Multitasking, really.

This leads to short attention spans, boring conversations, and missed opportunities. Or put another way:

Unremarkable lives that leave us feeling emptier, no matter how much “stuff” we fill them with or how fast we shovel it.

I crave the deep interactions that two people create when they have the full and undivided attention of one another.

It’s hard to come by, for many reasons.

But rather than rail against a machine I doubt anyone can fix, I’d like to just focus on what I’m doing to build it into my life.

What I offer, share, and throw light on will not interest most people

But in time, if I’ve done my job well, the right people will flip the hell out over the fact that they found it.

And this will lead to the community in which I’ve always wanted to live; the conversations and activities that make me want to get out of bed with excitement each morning to experience.

Due to the very nature of the world not being aware of this lack of depth–not caring, not seeking it–I learned not to project my need for it on to everyone I meet.

This was a toughie for me for many years.

I sometimes slip as I dig a little too deep for that connection with someone who’s not in that frame of mind at all. Or maybe just not at that moment.

That’s going to keep happening, because I can’t help but dig and prod. In part, because how else will I learn?

But I’m trying to pick my people and moments better, in order to become more effective at the doing of it all.

Over a decade ago, I was a security guard in an explosive and frequently uber-violent facility.

I had to physically restrain and do hand-to-hand fighting with a wide assortment of nasty individuals and those poor souls simply having breakdowns that culminated in violent acts.

Ironically, I was also losing my own mind at a steadily increasing rate.

This made me not care about doing harm to others in order to maintain order. But paradoxically, it opened my heart to some of these people’s plights.

My good friend Mike portrayed what I was going through at that time best. Just click that link and read his reply at the bottom of that post. He wrapped it up in a tighter bow than I could ever tie.

I began to realize that many of these people deserved something better than to just have me yoke them up and strap them down, in response to their misguided pleas for help.

I was slowly evolving into a patient advocate, in large part, because I went deep with these people once they’d been subdued.

Being a guard who possessed a higher level of mental acuity, as well as a skill set that was being abominably ignored, was boring me to the point of pain.

Also, knowing that I was treading water–poorly–in the Ocean of Life was beating the spirit out of me.

I couldn’t just guard people, which was what they paid me to do. I had to talk to them or go insane from the deadness of the job.

And I discovered that outside of the joy these conversations gave me, was yet another skill set I hadn’t even known I’d had.

Ken’s Road Trip is just an actualization, continuation and professionalization of that skill set, in a way that brings ME peace and happiness.

And I’m looking for those of you who want the same and want to discover more of it with me.