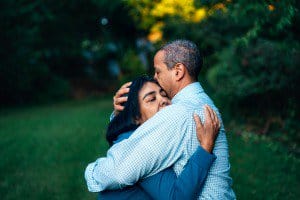 Part of how I survived is wrapped up in making amends. I don’t wish to go into the deeper, spiritual aspect of this topic. I’d like to keep it lighter, though no less serious.

If you screw up, you gotta make it right with that person; you have to rebuild or maintain your integrity

I’m going to be honest with you here. I screwed up so much on such a colossal scale that in many cases, apologies were pointless and repair was impossible.

For the most part, I had to eat it, move on, and start over. Some of what I lost in relationships and goodwill can never be regained. Fortunately, much of it was but I still didn’t bother to address my past directly with most of those I’d harmed.

There. That’s my caveat. I share this to show a perspective.

First, you need to fix what you broke or somehow even out the cosmic scales. One or the other.

Second, I frequently chose the cosmic scales angle over the direct fix approach on purpose, because ome wounds need to be left alone to heal. To re-address the past can sometimes hurt more than help.

If I really needed to be good in someone’s eyes then I made that face to face effort. Everyone else either left my circle or witnessed my rebirth from the sidelines, no longer directly dealing with me, and I got alright with that.

Once you have this foundation, you can start to give form to whatever it is that drives you as a person to succeed. There must be some kind of closure to a past like mine before the future can be considered.

Like I said above, this can either mean fixing the past – or getting good with it, cutting your losses, and moving on. Either choice will give you strength.

In order for me to become what I am now, I had to get out in the public more. I had to make myself vulnerable to scrutiny from the masses. This causes one to have to examine one’s dirty laundry in front of an audience. It can be grueling.

For the most part, I did a great job of conveying that I was no longer that other version of me. People just accepted it as truth without us really having to hash it out. The amends were made passively. I was then able to work with some of these folks again.

My change was so night and day that the power of it all made others I’d hurt want to take another chance on me. In some cases, they took a bigger risk than the one they took back when I flushed it all down the drain.

Of course, whatever wrong you may have done might not be as heavy as all this

But if I was able to endure public scrutiny as I rebuilt my image and rekindle people’s trust in me after all I’d done, what’s holding you back from doing the same?

It’s my way of saying, “Have faith. Much of what we break can be fixed. The rest we improvise, adapt, and overcome as we see fit.”

The photographer of this post’s featured photo: Gus Moretta