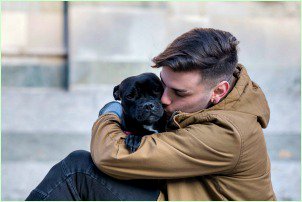 Loyalty, the act of remaining faithful to a cause or person, was of course, a gigantic part of being a Marine.

It even extends into the civilian Afterlife.

We don’t even have to know one another.

As soon as the fact’s been made clear that we’re both in the brotherhood, we’ll place each other on a higher notch in the scheme of things compared to those around us who are NOT part of the team. Just how it works for us.

When I was in, the loyalty issue was in place regarding the rest of the Corps and country but those two things played second fiddle to the loyalty my friends and I felt toward each other personally. This type of loyalty was reserved for those in our inner circle. And it was intense.

If your buddy knows you’d die for him or her and you know the same about them, it sort of tightens up the friendship show, ya know what I mean?

So, I am incredibly familiar with what loyalty is all about. And due to how it was grown into me, I feel almost as strongly toward ANYONE I support. Not the same strength, but close. In a similar vein.

It’s because by exhibiting this type of loyalty, I am still representing the Corps. Marines stay Marines. It doesn’t stop when the End of Active Service takes place.

This makes us pretty good friends to have.

On the other hand, we can overdo it and get too attached to people or situations we should have walked from a long time ago but can’t, because we’re too pig headed about this loyalty thing.

Both apply to you. Be true to your thing but know when the warning bells are sounding. Sometimes it’s worth it to keep fighting and sometimes it’s not. Depends on what you have riding on the outcome; what your responsibilities are and who you’re accountable to.

I’m all about the team. I want my team to grow, even if your part in my team is only to tell others good things about me. We don’t have to become co-joined or anything. We just need to be loyal to each other.

If we both know the other is being so, that support and trust will rocket us both to greater heights faster than if it didn’t exist. I’m not a faceless entity that you can’t trust and you’re not a number to me that does not count. What I am building here will not allow for that kind of thinking on either of our parts.

Let’s meet and start building this relationship so that we may both prosper.

The photographer of this post’s featured photo: Erica Magugliani