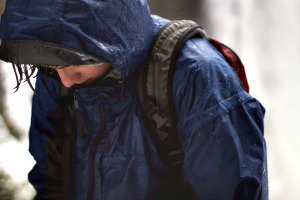 It is a cornucopia of ills all heaped together and all interacting synergistically to bring about the ruination of a life.

The better you understand what you’re up against, either as a sufferer or someone trying to help a sufferer, the better the chance you’ll have to manage or even defeat it.

Let’s take a peek at a couple of these symptoms.

You have a clear set of distinctly individual disorders.

I wonder about this one. I really do. From both what I’ve seen and what I’ve lived, I believe that the bulk of this scenario is just shades of the same color.

There is one root cause or one root set of causes, that if addressed, would stop all your symptoms cold.

This is common and the symptoms are most definitely present and measurable.

But what is also common is that many times, there is indeed a lowest common denominator.

If you could find what that was you would not need endless piles of pills for each separate illness.

All those pills taken together, then produce a whole new set of problems that only exist because of the pills themselves.

In your fight to calm or enliven your mind, you get rewarded with a clinically produced illness thrown into the mix.

Cripes, they’ll even give you pills to offset that, too!

In a grossly generalized sense, this is all in your head.

What I mean is, there is an answer, that once applied to one problem, can very well wipe out, or at the very least minimize, all the other problems too.

I started out with classic bipolar then experienced almost every variety of it that they have cared to give a name to across an eight year span.

In between, I gained sleeping disorders, sexual shutdown and OCD.

I got pills for all of that.

During this time, I was so miserable I wanted those pills. I wanted them very much!

Problem was, no matter how many or what kinds of medications I took, I never got better. I never got relief.

Sometimes I would, sure, but it never lasted long. And overall, I was just becoming worse.

This situation is what caused me to strike out on my own and learn truths never revealed to me in a doctor’s office.

I found that there most certainly are some root causes to a lot of this mental mess.

As I addressed them, my symptoms lost strength and almost entirely vanished in a relatively short amount of time.

This has two sources.

A big chunk of this is from being dissociative.

You’re not in sync with the rest of life.

On top of it, your perception of reality is skewed, similar to a bad acid trip.

Think about how it feels if you consume too much Nyquil or Vicks. You’re out of the loop in every way.

You feel it and others can see it on your face although they can’t relate.

You’re running on a different frequency and to others it doesn’t look like a happy place to be.

It’s almost like you’re wrapped in cellophane but can still breathe.

You can’t feel what others feel, while experiencing the same set of input. It wears you down physically and mentally. It makes you very unhappy.

It is a Purgatory.

My mom used to be able to see it instantly in my eyes. It’s a close cousin to the “thousand yard stare” that combat veterans have.

She’d ask me rhetorically, “Bad day?” She already knew the answer. She knew to not even attempt to talk to me.

I wouldn’t respond. I couldn’t. I didn’t know what I was feeling, other than the fact that it was bad and that I couldn’t control it.

For that matter, you can’t clearly define what the term “real” even means to you.

It doesn’t hurt viciously, but it is there, whittling away at your mind. The closest thing I could ever think to call it was “uncomfortably inert”.

On those days, I’d usually sit on the porch, chain-smoking Marlboros, as I sat and saw nothing.

I remember those days and I give thanks frequently that they are now just memories.

They’re no longer an active part of my day and haven’t been for a couple of years now, as of this writing.

If you’re in this fight right now then have hope. There is help to be had.