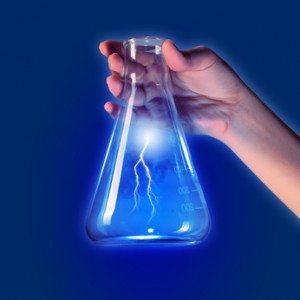 Used to be a bad thing, my being all bottled up.

Then it sort of flipped into a positive and became something I actually desire and strive to maintain.

My energy used to be rampant, yet had no focus

This led to chaos in varying degrees throughout most of my life, up until, I’d say, my early forties.

The chaos lessened in intensity as I slowly came to know myself.

And in that knowing, the chaos became sort of a friend.

This friendship with my feral component didn’t come easy

Life trained a perspective into me that enabled me to store a lot of juice but gave me few healthy choices for controlling it.

So, I unleashed it, instead.

Bomb-like, flame-like, usually powered by rage, madness, or confusion and directed by immaturity.

Add to that the fact that my body and mind organically became the kind of faulty battery that knows no other way of storing and releasing energy than as a destructive force.

Thankfully, though darkly so, my energy began turning itself inward

This was my late 20s and most of my 30s, when I began to burn alive from the inside out.

I was awakening to the fact that the Old Me truly needed to retire and a New Me needed to take the reins.

The resulting confusion created in this transformation became my fight with bipolar.

Of course, all that hideousness came to a peaceful end almost ten years ago.

Then I began to create versions of what you’re seeing now. Me trying to share what I’d learned with the world in a way that makes us both winners.

In the process, something interesting, yet again, took place.

All that energy never left me. But it no longer tormented me either.

And I realized I’d learned to control it. Bend it to my needs. Share it in a positive fashion.

I only realized any of this when I took stock of my life and realized that a state of being I’d once been a prisoner of, was now my preferred mode of operation.

Came to enjoy being by myself more than ever before, and for different reasons than in my younger years, when I was constantly fleeing from life.

The peace I’d always sought when camping in the woods alone, stoned or tripping my face off on LSD or shrooms, had finally come to me, with no outside assistance at all.

Yet I was no longer hiding.

Well, at first, to a certain degree, I was still hiding. I needed to sit quietly with myself to figure out these larger issues; to know myself well enough to be of any use to the rest of you.

But I started finding ways of fitting in more real world activities–i.e., hanging out with actual humans–without becoming overwhelmed as I did so.

These tactics let me remain more of a hermit than not. But they’re allowing me to comfortably endure my latest transformation into the person I must become, so that we all may benefit from what I’ve learned.

Prepping me for the next mission.

There’s a new end game that wasn’t present before

And it has everything to do with this site.

I am creating an infrastructure that will allow me to have the types of friends I prefer, gathering to do the types of projects and events that allow me to fully express the best parts of all I am, bringing me the most satisfaction possible.

This is yet another dance.

There is the fact of being OK with where you’re at: If you feel you can’t be happy until something else has been accomplished, life will be a shadow of what it ought to be. Later and Before don’t exist. Only Now does. Power is buried in that awareness.

But don’t let that keep you from striving to reach your full potential in any endeavor, or allow yourself to settle for less, in the mistaken belief that you’re not being grateful for what you already have.

There is also being honest with oneself and one’s motives for living any type of way: This needs to be regularly reviewed, edited, and adapted to the ever present fresh inputs that life throws at you, in order to remain productive and sane.

That’s another toughie. And it’s directly linked to your regular consideration of your lifestyle choices as compared to your desired larger goals.

And as I became aware of all these things that I realized I ought to be aware of, my energy began focusing itself inward.

Yet I’d learned enough by this time to effectively throttle it, regulate it, and understand it, in order to use it for growth, not destruction.

Lightning in a bottle. But with a non-drip pour spout to avoid messes.

This is how I wish to present myself.

And my deeper understanding of what that means is how I am drawing like-minded souls my way, so that together, we can build some really cool shit.

(Whoops. Spilled a little lightning there.)