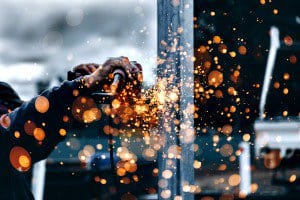 Lots going on for Kenny lately! I hardly know where to start.

Had a nice weekend with my boy. He’s five and just lost his first tooth. I pulled it for him.

As a father I loved the trust he placed in me to allow me to do that. And he was a brave boy. It was over quick and he took it just fine!

We went to see Shrek Three together. That was fun too. However, we only watched half the movie before he got bored and we had to leave.

It’s something. Not all that long ago something like that would have driven me mad.

Being bipolar really lowers your tolerance to just about everything.

You lose tolerance for things that don’t even rate a need for tolerance. But I was fine. It is so good to be fine.

I’ll admit I was a little miffed because I was digging the movie. But I wanted him to be happy.

As always, I was laughing louder than anyone else in the packed theater. I love to laugh so I go all out at the movies.

Well, anywhere for that matter.

Life’s too damn short to stifle yourself.

We ended up going to a real nice steakhouse on a mountain top near where I live. Skytop I think it’s called. Never went there before but the steak was worth killing over!

I’m getting ready to switch over to video on this site and others. There is some software I need yet to buy but I’m halfway there.

The company that is guiding me through this business building process www.awakentheauthorwithin.com has a system all laid out to get me maximum exposure in the least painful way possible.

That is just one very small part of what they do for me overall.

What a find these guys have been! I have achieved so much since I began with them in August of 2006.

It’s really incredible how they’ve helped me and continue to do so.

If you even think you have a story in you, these are the people to see. Trust me!

Speaking of which, Glenn Dietzel, the owner of Awaken, had a motivational training call tonight. Actually, it was more of a repurposing call.

Just wrapped it up an hour ago. I tuned in to keep my focus razor sharp.

Hell, for that matter, I was one of the examples of successful students used in the email to convince others to call!

So I had to see what he was up to. But it was hugely gratifying to be honorably mentioned in such a way.

Those of you fortunate enough to be reading these posts as they come out, are witnessing the birth of an informational empire.

That’s not hype and I’m not gloating. It just is. I have thrown everything that I am into this and I am having a blast putting it together!

Glenn brought up some very powerful points. He takes very important issues and boils them down in a simple to understand fashion.

His success is undeniable and has grown rapidly, so I pay attention to what he says.

One thing he brought up really rang a bell with me.

Whatever you do in this life, be passionate about it.

Or more correctly, choose to build your legacy around that which makes you the happiest.

I have built two other businesses, followed countless other programs for monetary success, and worked for over thirty employers in my life.

I’ve had fun with some of it but I have never been satisfied, nor did I build any lasting wealth.

All of it was part of my search to find out what I was really supposed to be doing.

Based on all that I can confidently say that YES, you most assuredly have to follow your heart in this life.

Don’t just do something just to do something. You are making busywork of your very life that way! Your life!

You only get one you know. At thirty eight I am already amazed at how the time has flown by.

If you’re not careful you may be saying the same thing one day at sixty five, as you look back on a life you never even enjoyed. Screw that!

Getting back to your legacy, find out what it is and go after it!

There really is no greater reward in this life than the joy to be had in helping someone else.

And you can do it in such a way that pays your bills too. No need to be a martyr.

If you don’t know what your legacy may be but would like to maybe find out, even if only for safety’s sake, then go see Glenn.

He has you covered there as well. He most definitely helped me clarify mine after decades of wondering what I should really be doing with my time.

The photographer of this post’s featured photo: Christopher Burns