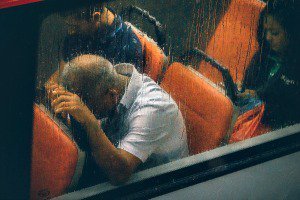 Unbelievable yet true. I did it again. Wrote out a HUGE post, previewed it, saw an error, hit the back button…gone. One hour’s work. Toast.

Ah well, it was too big for one post anyway. That in itself should give you an indication of just how much a bipolar person has to deal with in a regular day.

I pulled this list of symptoms and life situations peculiar to us from a bipolar forum.

I read over eight hours worth of posts to see what sufferers of this illness are up against. That’s when I realized something fascinating. I have lived almost every last single thing on the resulting list.

I had been so busy BEING bipolar that I couldn’t see the forest for the trees. Only now that I’m better can I see what a long and complex fight it was.

Now that I have a clear outline of all that I fought on a daily basis, I can hardly believe I made it out.

It truly is a battle of epic proportions to live with bipolar.

With that said, let’s look at some more symptoms and life situations peculiar to our merry little band:

You engage in repetitious motions throughout the day. You feel compelled to do so and you will freak out if you don’t address these compulsions.

I had a version of this. A line from a song would get in my head and I would hear just that line, over and over and over. All…day…long.

Wouldn’t stop until I went to sleep. It was maddening and it went on for about two years for me.

I also could never stop tapping my fingers or twitching my hands. Never.

Both are hallucinatory. It is common enough amongst our tribe. I personally never had this happen without the aid of LSD but then, there ya go.

When we are for or against something we will support it with every fiber of our being. We have no middle ground. Sex becomes an Olympic event.

Arguing becomes Shakespearian in nature. Anger turns to hatred at the drop of a hat with violence not far behind.

Except for the sex part, this mindset usually got me in a lot of trouble. I mean, I can’t see the down side to Olympic sex.

You have withstood all the shit you are capable of and it has now become too much. You break down.

You don’t need to have been in a war like I was for this to happen. I firmly believe I had PTSD from my childhood years before I went into the Marines.

The Marines just put a finer point on it. I went pro, if you will.

The granddaddy of ’em all.

You MAY have been pretty damn righteously scared at times in your life. But no matter how scary that scene may have been for you, it pales in comparison to what a good solid panic attack has to offer.

It is a mind boggling amount of fear that strips away all control from you. You just endure it and wait for death.

But you lose your mind as you endure it.

You can’t turn it off. The fear grows rapidly and exponentially. It becomes your entire universe, all that you know, in seconds.

I used to routinely experience panic attacks that lasted for HOURS!

I could write for days about how awful this is and what goes through your mind as it’s happening.

They can be triggered by known factors or appear randomly for no reason whatsoever. There is nothing worse.

Bullied as a kid

I lived this like so many others. I was a stick growing up.

I came out of the Marines about three times the size I was when I went in and I was psychotic. I channeled it all into lifting weights and anger.

I could easily smash anyone who had picked on me as a youth and that was sweet, but the damage had been done.

Mental illness diagnosis as a child

This is just how it is for some kids but many are diagnosed as ill when really the parents or school can’t manage them well enough.

So they’re medicated into compliance.

If there truly was no real illness to begin with, you can bet the medication and treatment they endured as children will actually install a nice solid ACTUAL illness as they become adults.

It never would have been there if not for the earlier misdiagnosis.

If the head’s not working the body will follow suit. This works in both directions. Your mind and body are intrinsically connected.

You can develop all sorts of problems with your body just because the mind is sick.

During the heyday of my bipolarism I developed hypothyroidism, swollen lower legs, I got fat as hell, I stopped exercising and my blood work went all to shit.

This all hit me within a span of a few months.

This may strike you as odd but what about bipolarism is right? You just start stuttering one day.

I lived with this for about a year. Annoying as hell. Your brain misfires and it shows up in your speech.

You lose your connection in one-on-one encounters. People misinterpret your intentions.

Your words sound right to you but your point is not coming across the way you want it to even when you feel fine.

I had years of this. It is frustrating beyond words. You simply lose your ability to relate to others.

Most of my life, regardless of anything, I got along fine with everyone. I was always well liked or loved at all my jobs. People told me so.

That skill just sort of faded away over time as my illness took charge. It leaves you feeling very isolated and alone.

Starting to get a better picture of the work involved being a bipolar victim?

I recently told a friend that I could only think of one person who should have this put on him and I don’t know if even Hitler deserved this!

I’m serious. I don’t think you could live this illness and consciously wish it on another. It’s too cruel.

A big part of me being able to say such a thing is because of the new way of thinking I developed to help me get well.

It is a vastly better way of looking at life and it has many hidden rewards. I’m endlessly grateful that I figured it out!

The photographer of this post’s featured photo: Lily Lvnatikk