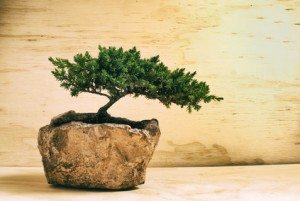 You never want anyone taking a look at your whole world and posing that question.

Better if they ask, “How has she accomplished so much?”

You want someone else to be able to point to your massive body of work and say, “Easy. She put in the effort. She created a self-fulfilling prophecy.”

If you want more out of life, be prepared to give more, first

No matter who I’ve ever tried to help in the recent past, or why, I’ve always stressed two things.

Without either of those two things, just stop.

Nothing you care about will get discovered by too many folks, beyond those in your immediate, daily vicinity.

You don’t have to.

But don’t lie to yourself, either.

As gently as you can, divorce yourself from whatever hopes you may have for a larger life. It will make the rest of your life easier to take.

Accept the fact that you’re willing to settle for mediocre, average, the same as what the next guy gets, and that you’ll never have the life you dream about when you dare to let your imagination breathe a little.

Nor will your vision ever become what it must to help those whom you see as its ultimate beneficiaries. At least not to any great extent.

Without these two things, you won’t die.

You won’t starve. You won’t be a bad person. And you’ll still be able to get a lot of good done in this life, if you choose.

You’ll probably be able to experience fair amounts of happiness, success, joy and fulfillment too.

Up to a point.

What I’m saying is that you’ll also be placing unnatural limits on the size and scope of any of those achievements, and that you have no right to complain if, at the end, you wished you’d done more, tried harder, or done better for someone you love.

Do you really want to wait until The End to see if I’m right about this or not?

Stepping up is scary, I know.

What I’m doing right now sometimes scares me when I sit and ponder what may come of it that I do not wish to face:

But I’ve faced these fears before and survived

It’s funny. There is a post out there, written about my system to fight bipolar without drugs, by a person whose wording makes clear that mania and fear were guiding their keystrokes.

To say it caught me by surprise would be an understatement.

I was pouring my heart and soul into doing all I could to help rescue people from that pit we’d been told by the medical profession was inescapable.

I’d beaten it; discovered secrets and disproved ignorance in a way that led me back to sanity after 8 years of hell.

I felt like a champion whose cause was just and that no one could ever possibly view my work as a negative.

Holy shit, was I mistaken.

This post knocked the wind out of me. It horrified me. It hurt. I wasn’t prepared for this kind of hit to my ego at all.

It turned out to be a blessing in disguise

All I just said about how bad it made me feel was, and still is, true. But what really made it grab my attention was that it brought awareness to the fact that I was no longer interested in pursuing that path as a career.

I’d grown tired of much of what I was doing to help people beat bipolar.

I was (and still am) passionate about providing people with an option like mine and giving them that hope. However, the cost to do so was growing higher than I cared to pay.

I was trapped by tunnel vision. I only knew how to express myself in the context of my fight with bipolar.

I was locked in a mindset that, up until this very upset person attacked me, I had no idea existed!

This was my first step toward transforming into what you see now. And it took a handful of years. But I’d never have built ITGTLW without that earlier punch to the psyche.

Time to thicken that hide

I still refuse to go find that post and review it. Stings like it was yesterday. But eventually, I got pissed that such a thing almost derailed everything.

It made me work even harder.

You’re not always going to be seen as right. And sometimes you will not be right. Don’t let that quiet you. Keep going.

You’re going to face some bullshit when you go public. Keep going.

The going creates clarity, which makes future change easier to pull off and more satisfying when it happens.

If you haven’t started, start

Build a platform. Start filling it with you. See what the world says back. Adjust accordingly. And be patient.

Know you are on the path to a life few get to see.

Know that your struggles are the very thing someone out there needed to watch you endure, so that they too could grow, and that they appreciate you.

You’ll get what you want. You’ll have provided for others. And you’ll face the end of your ride in peace.

Because you had the guts to build it.

P.S. This applies to everyone, not just entrepreneurs, visionaries, do-gooders and fanatics of all types.

You can punch a time clock and still take advantage of this mindset and system.

Hell, you can be homeless and still take advantage of this. It’s only a matter of scale.