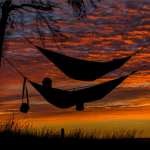 No matter how good you may have it, you could always use some increased relaxation and well-being.

And unfortunately, most of us, in our own estimation, do not have enough relaxation or a great enough sense of well being.

The bit of good news we have to share here is, you have 100% total control over these sensations and can create more of them any time you want and regardless of what’s going on around you.

Hard to imagine. And just by sharing this info, you might already be wondering where our heads are at. But please – stick with us a moment.

We fully realize that the above statement – that you have complete control over your ability to feel at ease and feel OK, no matter what – is downright ludicrous talk when one stops to consider all a person may have to face in a day:

…and the list goes on and on, and at a faster rate than ever before seen in human history

Listen. The “good old days” weren’t always so good, either. All is relative. But we really do seem to be getting a lot hammered down our throats these days. Possibly more than our fair share.

So there’s the negative. The garbage. We’ve made that clear enough. Now let’s look at at least one answer.

Your problems do NOT go away. Sorry. No such luck. You just won’t look at them like you used to before you began receiving care from us. You’ll reprioritize how high on your list certain problems go.

You’ll also gain a new strength for dealing with them so that the list itself, even when stacked high, is relatively short when compared to the height of your newfound ability to cope with it.

Your problems stay right there in your face. You just won’t care so much any more.

Does this mean we help turn you into some kind of blissed out mushroom? Someone who’s no longer fazed by anything life throws at them?

Nope. You’ll still get mad. You’ll still have negative thoughts. Some of them quite severe. But you won’t react to them the way you used to. And the frequency at which these negative feelings once occurred will lessen.

They won’t upset you as long as they once did. And some really just won’t matter anymore to you and will lose all their former power to hurt you that they once held.

End result? You’ll feel more relaxed and have a greater sense of well-being. You’ll feel like life is better all around.

It’s you that will change, not your problems. And you’ll still be you. We won’t transform your personality. (You might but we won’t.) You won’t become a follower of anything. You won’t get converted.

You’ll just become a more efficient, calmer functioning version of who you already were

When someone cuts you off in traffic and almost kills you, whoever’s in the car with you, and the three other cars nearby it all, you’re still going to feel some passionate feelings.

You may very well have a less than positive wish for that person or his day. You may even utilize some foul language. 😉 And in a situation like that, it would be healthy to feel rage. Rage can keep you alive in a life-or-death situation such as a near car wreck!

But you’re going to react in a healthier way overall as the event occurs. Your negative feelings will not reach the heights they once did. They will not last as long. They will not cause you to go over the deep end and devolve in the rage-a-holic that maybe you once were, for example.

And you may even have a look in your own front yard to see if there was a way you could have helped avoid this thing from ever happening in the first place – just in case. A heightened sense of neighborliness and self-policing arises. But that’s for another article.

Life will just start looking different and it’ll be in a way that brings you this heightened sense of peace and wellness.