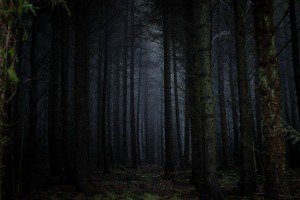 Have a look inside the mind of a demented soul (former). Mine.

I wanted to share another common pain I lived with for years that has since melted away as I began using my system It Takes Guts To Live Well.

For years I could not tolerate arguing with anyone.

Not even a minor disagreement was kosher with me.

This inability to handle confrontation caused me to develop a built in safety wall.

It kept me safe from prison and the rest of you safe from a lengthy hospital stay.

I felt neither option was a healthy one so I kept to myself on most topics.

As my stress levels grew, due to the bipolar taking more and more control away from me, my anger levels rocketed skyward.

But I held it all in. You know, the whole “black little knot inside me” thing.

It was the only way I knew to keep utter devastation from taking place.

In the earlier years I would resort to warning others of their potentially fatal approach with me if they couldn’t see what was lying just beneath the surface.

Many times I would make clear that they were pushing me to a place they did not want to see me reach and they’d best stop.

Some weren’t so lucky and they got hurt.

These people were usually someone just as tweaked in all the wrong ways as I was, so it was simply one mutant beating down another.

But over time I grew unaccepting of even warning someone.

The rage was worse than ever but discussing it was now out of the question too. I would just walk away. I knew if a situation kept deteriorating that I would simply explode.

To my way of thinking, this was just logical.

You don’t warn an enemy you’re about to attack. You just attack. Preferably when he doesn’t know it’s coming.

The twisted thing was, I also grew to hate the thought of hurting anyone ever again.

I was tired of spreading any more negativity, especially if it was physical.

I was growing tired of my way of thinking. I knew it was eating me alive and that it couldn’t have been more useless to my overall evolution.

I became scared of myself. I teetered on the edge of letting impulses run the moments.

Part of me didn’t care anymore. The better part of me somehow stayed in control.

This is one hell of a way to run a company let me tell you. You die a little more each day when this train of thought is your key motivation.

Holding in all this stress was pure torture.

How much simpler it would all be if when someone irritated me, I could just act in the way most sensible to me.

This is how I thought but rarely acted.

I had to get this part of me out into the light and let it cook and die in the bright sun.

It wasn’t immediate but oh! how relieved I was when it dawned on me that I hadn’t had these feelings in a long time.

I was becoming human again and hadn’t even realized it. The change is subtle. It’s also painless if you do it my way.

Most people can tell when someone like who I was, needs to be left alone and avoided. And they’ll do just that.

For awhile that was good for me. “Leave me the fuck alone” was my motto.

But it works TOO well over time. You are indeed – left alone.

And alone hurts worse than the bottled rage.

I don’t care how screwed up you are. Dealing with people can be tough but no one wants to be truly alone.

We are social creatures. We need other people just to stay healthy.

Well, people talk to me now. My list of friends grows.

People close to me who only knew that something was seriously wrong with me are very happy to see that it is over.

They tell me of the weird energy they could see in my eyes, the dark circles under my eyes, the obvious tension in my body.

Let me try and help end all this pain for you too, if this is where you’re at.

The photographer of this post’s featured photo: Rosie Fraser