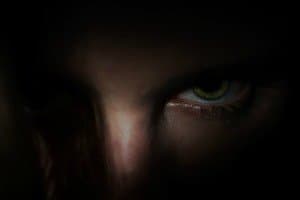 And now, in back handed compliment news:

This guy is a fucking serial killer! He is gonna sit there and drink, until he fucking snaps and wastes everyone in this bar, and we are NOT gonna be able to stop him, I shit you not!

That is what was said about me in reference to the days when I was my sickest with bipolar and drinking to get relief from the worst of the symptoms.

It was followed with:

But man, you look a MILLION times better now! A MILLION! Just in seeing you in person from then to now is enough to convince me to listen to your advice on getting better.

This was said to me at a rehab group I gave a talk to just the other day.

Those of you fighting bipolar disorder, depression and the like, know that drugs and drinking tend to go hand in hand with your illness.

I told my story to this group to get them to see that there is a chance for a real life beyond the chemical soaked one they were trying to leave behind.

I was a member of this same group three years ago when I became a felon in New York State for my second DWI.

Of course, the drinking stuff was secondary to the mental illness. But I’d had to convince the counselors of that before they’d release me. And they did.

But I handled myself so well when I was there, and the new me wow’ed them so much when I revisited, that they invited me to be a guest speaker.

It went well, as I am able to relate the absolute worst crap in my life in an entertaining fashion.

I relate in this way because the bipolar and the partying and crime was all dark enough and understood as such.

I feel no need to continually wallow in the badness of it all.

I respect the fact that I messed up in so many ways and that none of this is a laughing matter.

And it’s sheer luck that I never killed anyone, be it with my car or my bare hands.

But I feel it can be addressed in a way that is lighter than you might be used to hearing.

Moping through it and pissing and moaning about “the bad old days” is useless, in my opinion.

I know when I was sick, I didn’t feel like hearing one more sob story. I wanted solid action answers from someone I liked to listen to.

So I do my best to share my pain but not bum you guys out in the process.

Plus, I’m just a happy person with a dark sense of humor, so it’s really not possible anymore for me to be down about much.

Even my worst behavior in the past makes me laugh today. You know, like shock humor.

I am amazed at what I used to be and so happy I no longer am that guy.

The men in the group, all criminals in a mandatory class, said I was different from anything they’d seen before.

I made it fun while covering some heavy topics. I made them care about what I had to say.

But that last guy, with his serial killer comment, really sealed the deal for me.

He proved my point.

He was truly happy to see the change in me and we didn’t even know each other!

And he reiterated to the group that he wasn’t speaking symbolically.

He really thought back in those days that I was gonna up and destroy all I could at any moment.

That was never my intention at the start of those evenings.

But, yeah. That was where I usually got to thinking towards the end of the night.

(I’m laughing as I type this. I’m still an ex-Marine and certain things continue to amuse me that might not amuse others)

I’m better–well–and I’m the most happy and satisfied with life that I’ve ever been in my 39 years.

It’s not perfect. And I get pissed or annoyed at things. But it’s always short lived.

I just can’t be bothered with the useless emotions.

I don’t block them out, rather, I focus on the better ones. It seems to be paying off.

Re-aiming my focus like this is what led to an entirely new way of looking at life that helps me overcome whatever bubbles to the surface next.

The photographer of this post’s featured photo: Peter Forster