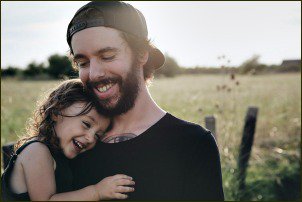 Is there anyone more important than family?

Maybe you have an adopted family or a group of friends that are just as important to you as blood.

Wouldn’t you want to know you could be in a position to support to them when they needed it most?

I’d hope that was a rhetorical question.

I first began to understand the importance of being the benefactor for your family tree in the late ’90s. 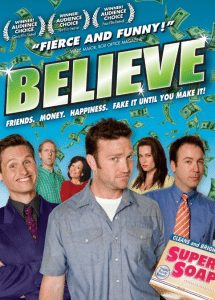 Believe it or not I was in Amway, of all things.

No. I am not connected with them, nor have I been in almost fifteen years.

Nor would I suggest you be either.

They sell hope. That’s dangerous and something for another post.

Watch “Believe”. Laugh your ass off but take heed. It’s a fictional story of a true situation. I can vouch for that fact.

It damn near mirrored, exactly, what it was like for many of us who were in Amway.

It powerfully highlighted our hopes, dreams, and victories.

And it did a splendid job of showing how our potential downline members felt as we prospected them.

But some good came out of dealing with that dark force.

They introduced me to many of the foundational personal growth books that anyone trying to do better in this life eventually encounters.

And they opened my eyes to the possibility that I had what it took to have the life I wanted and not the one I’d been resolutely accepting.

I am truly grateful to them for that. Truly.

They also believed in giving back and sharing the wealth with those less fortunate.

What you do with that pile is what gives it meaning and is what propels you forward in your attempt to grow said pile.

There are many reasons to become financially free, not the least of which is so that you can become the person you were meant to become.

But I’ll focus on this more tangible reason for now.

So back to that Amway meeting for a minute.

What I heard was a story from a man’s life. Whether it happened or not is irrelevant. The intent was worth embracing.

The medical bills, future therapy, possible legal bills, lost wages, or potential alterations that will need to be made in order to help your loved one function in their new reality, can wipe out a family’s resources.

One solid tragedy, coupled with the costly repair, is all it would take to negatively alter many people’s lives at the same time.

Pay the doctors, hospitals, therapists, lawyers, and so on in full, because you could afford to do so.

Now that family only has to worry about directly supporting and caring for the injured person and helping them keep their spirits up as they heal.

Not worry if they’re going to lose their home or starve.

How awesome would it be to be able to do that for those you love most?

Not to make you shine any brighter. That’s not the point.

It’s so you can sleep better at night because you were able to do something for that person and kept their suffering to a minimum.

Not to mention the same for that entire family.

Merely because you had access to the most powerful tool needed in this situation: Money.

From where you’re standing right now, financially, could you take care of such a thing?

Or would it break your bank in a way that you’d never be able to recover from?

This is one of the biggest reasons to become financially successful.

Not TVs, cars, homes, toys, trips, status, or wings at hospitals dedicated in your name.

Just to be able to save your family from a potential disaster, one that can happen to any of us at any time.

That is a peace of mind that can’t be measured.

I want to know that if money can lower the overall pain of a given situation, then I want that much money.

I am still not to that point myself. Not even close.

But I have studied under people who are and who have helped me get a lot farther down the road than I was before I met them.

It’s got to do with mindset

How you get the money is another issue and particular to your individual circumstances.

All my info is designed to put you in the right frame of mind to become the person who can earn that money and keep it.

If money’s even your thing.

My stuff is more specifically designed for you to understand yourself, live a more effective life and drag along any and all you wish as you go.

To become the person capable of believing, building and managing all that.

The photographer of this post’s featured photo: Caroline Hernandez