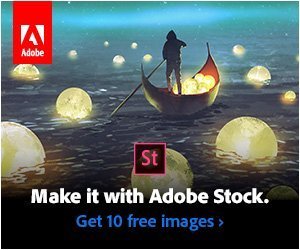 Real simple: You’re going to need nice imagery for your site so the pages don’t look like textbook entries.

There are all the images in the world available to you on Google Images.

And, except for logos (and I’m not 100% sure about those) you will have your ass handed to you if you use them without permission.

About a year later, they received a nasty-gram from Getty Images, stating that we’d used the image without permission, which was illegal, and that my doc owed Getty $1000. Immediately. They had to remove the image immediately too.

Well, my doc crapped his pants when he read this and called me in a rather freaked out state of mind.

I knew right away what had happened and I must admit…I’d known better but took the risk.

Hell, I have for years. And I’ve illegally used images for years. Illegally but due to ignorance and an unwillingness to face the wispy facts I’d never confirmed as 100% truth.

I’d read on the image sites that you needed permission

But I never knew what all that pertained to, or why Google Images even existed, if you were not free to use those images.

And, when you go to the image provider sites, you’re going to find that their terms of use are written in unbelievably baffling legalese.

But hey. I could put two and two together.

Out of laziness, I simply chose not to and now my doc had a $1000 bill and a potential legal charge weighing against him.

I called the Getty folks and the guy I spoke to was very understanding. I admitted fault and begged leniency. He said he’d review everything and get back to me.

In a couple days we were informed that $500 would be acceptable, as they knew we weren’t Rich Folk, they appreciated my honesty, and that this sort of thing happened all the time.

Well, I paid, as it was my fault, but it hurt

When this happened, $500 might as well have been $10,000 to me. I needed that money for other things. But I had no choice and my duty was to keep my doc calm.

So I paid. Then I somehow performed economic wizardry to pay my regular bills on time. And I didn’t tell my wife what I’d done until many months and a certain sized stack of successes later.

I dodged a bullet

But none of us are here to be dodging bullets. We’re here to get our message out and many of us can’t afford mistakes like the one I made.

So, work with the nice people at Fotolia and you’ll stay safe, as well as have any picture, vector, illustration, or video clip you can think of to make your points that much more potent.